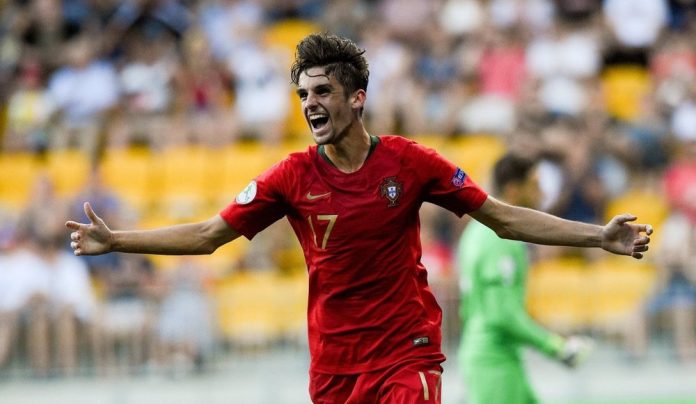 According to reports from The Sun, Wolverhampton Wanderers are in the hunt to sign Sporting Braga striker Francisco Trincao.

The report claims that Serie A champions Juventus are also interested in signing the exciting young striker who is valued at £13.5m.

However, Wolves are expected to beat both Juventus and Inter Milan in the race as they believe their close relationship with Jorge Mendes can sway things in their favour.

The newspaper adds that Wolves boss Nuno Espirito Santo “rates the striker very highly”, and the Premier League newcomers are confident that a deal could be done.

The 19-year-old is a highly rated talent, but Wolves surely see him as a player for the future. He has made only two appearances for Braga, and therefore he would require time to make a serious impact for Wolves.

The important thing is Nuno is a big admirer of the player, and surely he has plans how to use the youngster.

Wolves are also in advanced talks to sign Tammy Abraham from Chelsea in the January transfer window.