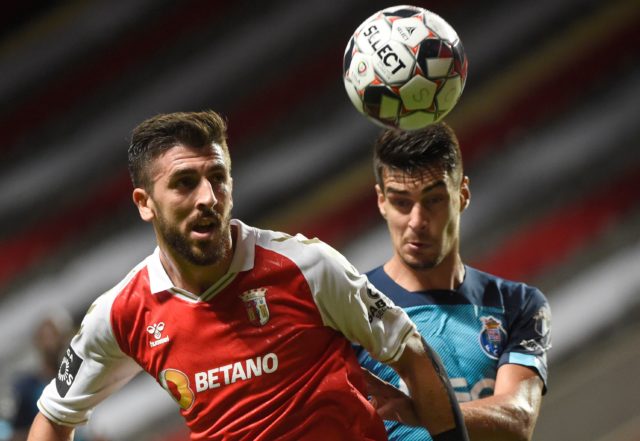 According to reports from Portuguese newspaper A Bola, Wolverhampton Wanderers are close to signing Braga striker Paulinho.

The report (h/t Sport Witness) claims that Paulinho would soon be moving to the Premier League in a €30m deal (£27m), which is his release clause.

The newspaper claims that Wolves are close to signing the Braga striker, with super-agent Jorge Mendes pulling the strings from behind once again.

It seems the two clubs are in discussion over the potential transfer, and that the deal is ‘practically concluded’.

The striker has a contract at the club till 2023, but it seems Braga have no control over extracting extra fees for him as Wolves are meeting his release clause.

He was in excellent form in 2019/20, scoring 25 goals in all competitions. Thus, he looks like another cracking piece of signing from Wolves.

It remains to be seen whether his potential arrival could see Raul Jimenez leaving the club this summer. The Mexican striker has been linked with a move to Manchester United, but he has stated that he is very happy at his present club.

While Jimenez remains the club’s first-choice striker, there’s no harm in adding quality players in the forward department. Wolves can add depth in that area with the addition of Paulinho.