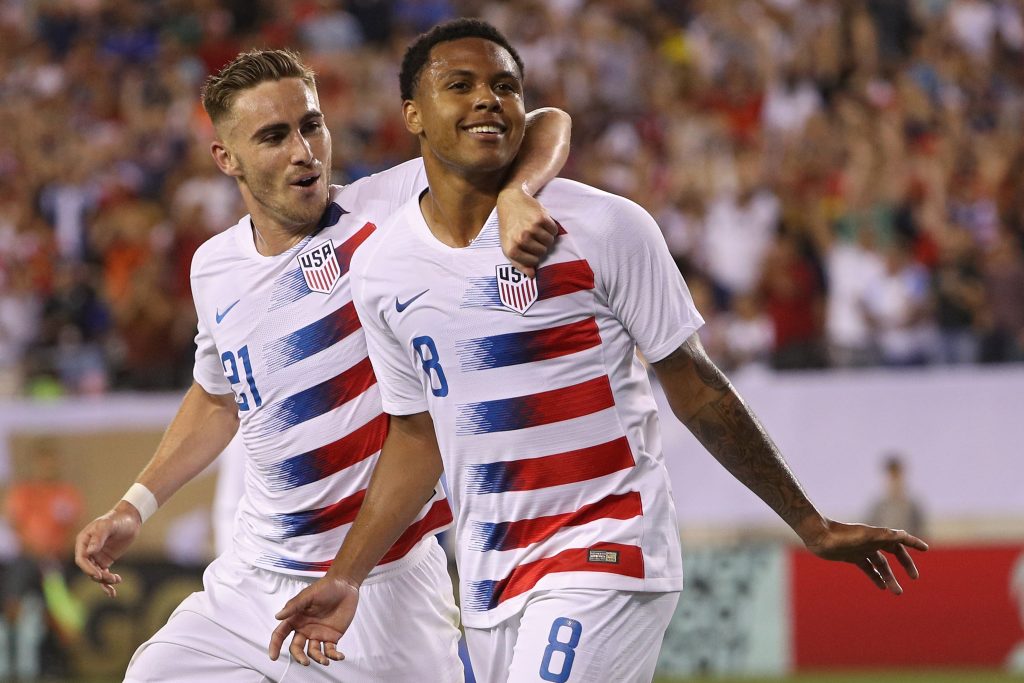 Wolverhampton Wanderers are interested in signing Weston McKennie from Schalke in the summer transfer window, according to CBS Sports.

It has been reported that Liverpool, Everton and Newcastle United also want to sign McKennie this summer.

The report has claimed that the 21-year-old midfielder wants to join a club where he can play regular first-team football and where he will develop.

It has been added that the USA international will seek a move to the Premier League.

According to WhoScored, McKennie made 24 starts and four substitute appearances in the Bundesliga for Schalke this past season, scoring three goals in the process.

During the 2018-19 campaign, the 21-year-old midfielder made 19 starts and five substitute appearances in the league for the German club, scoring one goal and providing four assists in the process, according to WhoScored.

The USA international also made four starts and two substitute appearances in the Champions League for the Bundesliga outfit last season, scoring one goal and providing one assist in the process, according to WhoScored.

McKennie has done well at Schalke and has progressed well in the Bundesliga, and he is ready to take the next step in his career.

Wolves are a big and ambitious club, and there is always room for talented and promising young players such as the 21-year-old midfielder.