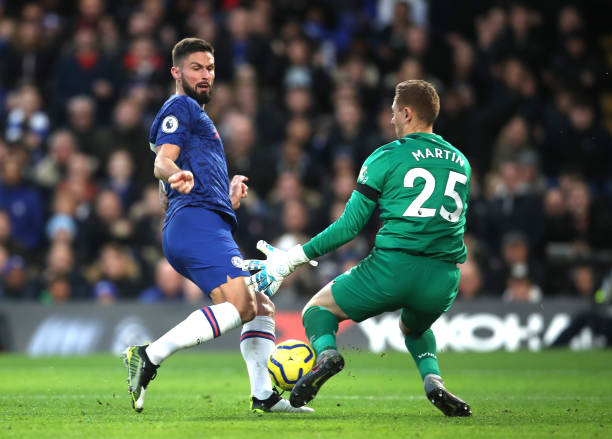 According to Football Insider, Chelsea target man Olivier Giroud is on West Ham United’s striker shortlist for this month as boss David Moyes looks to boost his attacking ranks.

The France international wants to leave Stamford Bridge before the end of the January transfer window after struggling for playing minutes, and Chelsea are willing to send him out on loan for the rest of the season.

Giroud has always been on the Hammers’ radar, but Inter Milan and Aston Villa are also interested in his services, and it will interesting to see which club he will be playing for in February.

Moyes wants to sign a quality cover and competition for Sebastien Haller, and the World Cup winner brings the much-needed experience to the table with 323 games for Arsenal and Chelsea under his belt.

Giroud’s aerial prowess and hold-up play could come handy at the London Stadium, and a loan move will make sense ahead of the summer transfer window when they can consider other striking options.

Securing safety is the utmost priority for West Ham at the moment with only a point between them and the relegation zone, and they need to make quality additions to the squad this month in order to boost their survival chances.