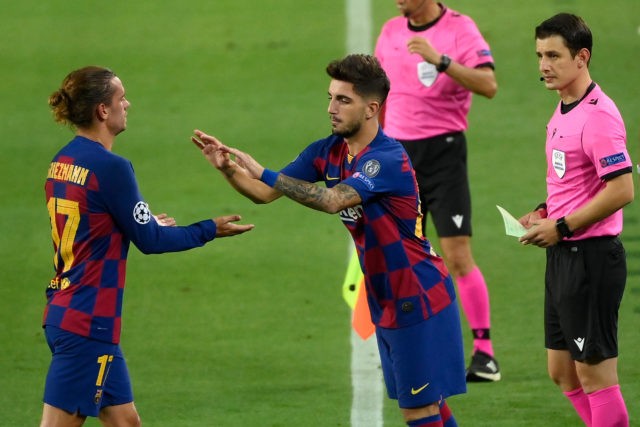 Juventus already have had a bid in the region of £18m (that could rise to further £8m) rejected by Barcelona.

The Catalan giants want the youngster to agree to a new four-year deal at the La Liga club.

Several La Liga clubs – Valencia, Real Betis and Real Sociedad – are also interested in the youngster. Interestingly, Barcelona are willing to send him out on loan, but under certain conditions.

The report claims that any potential club will have to strike a permanent deal of £36m for the player. They want his wages to be paid in full and an option to make the deal permanent.

Monchu, who made his debut for the first-team on Saturday in the Champions League, has been compared to Barcelona legend Xavi.

Barcelona rate the youngster highly. However, West Ham will have to commit to spending £36 million to sign him next summer.