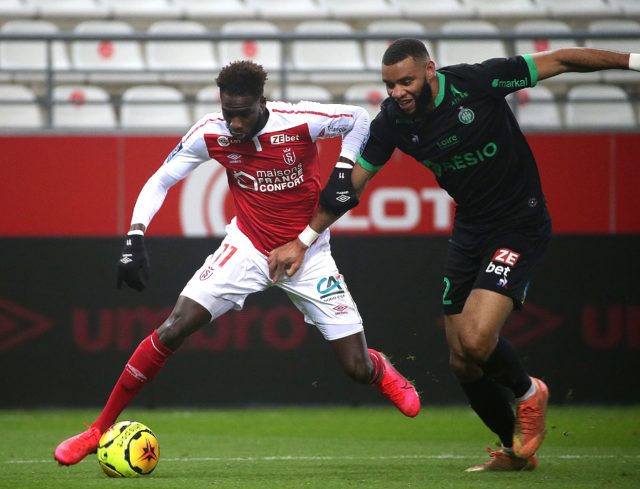 According to reports from Evening Standard, West Ham have held talks with the representatives of Stade Reims striker Boulaye Dia over a potential move in the January transfer window.

David Moyes, the West Ham manager, will be looking to bolster his forward department this month, but he won’t be overly concerned if the Hammers fail to do so.

At the moment, West Ham have been left with Michail Antonio as their only recognised striker after Sebastien Haller left the club to join Ajax on a permanent deal last week.

The report claims that Moyes will be given funds from the £20 million Haller sale to reinvest in the squad, but the Hammers boss has admitted they are probably not ready to find a replacement as yet.

Arsenal striker Eddie Nketiah and Bournemouth’s Joshua King have been linked with a move, but it seems they are genuinely interested in Dia.

SL View: Would be a smart signing for West Ham

The Stade Reims striker has been in terrific form this season, having scored 12 goals already in all competitions.

According to a recent from Le 10 Sport, Reims are open to letting Dia go if the price is right, and West Ham might feel they have a chance here.

The fact that they have held talks with the player’s representatives suggest that the Hammers are quite serious about Dia who would cost in the region of £13m.

The 24-year-old is a very good finisher and he could be a valuable addition to the side.

French club Marseille are also interested, while Premier League rivals Everton and Arsenal have been linked with a move as well.