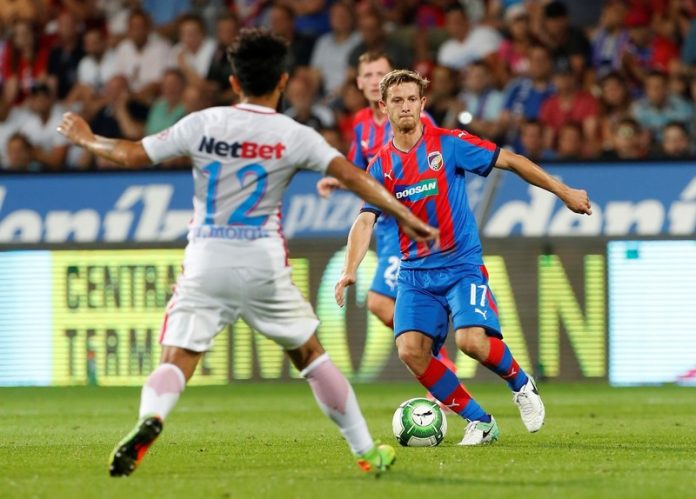 According to reports from Spanish publication AS, West Ham are looking to seal a deal to sign Viktoria Plzen midfielder Patrik Hrosovsky at a bargain price.

The report claims that the Hammers are in talks to sign Hrosovsky for just £4million.

The Hammers signed Samir Nasri on a free transfer at the beginning of the month, and Manuel Pellegrini is looking to land the Slovakian international on a bargain deal.

West Ham are not the only club interested in the the 26-year-old. The midfielder is also wanted by Stuttgart, and the Hammers may have to do a deal quickly if they are serious about landing him.

Hrosovsky has scored two goals and has two assists this season, and has impressed in the Champions League.

The 22-cap international can play as a central midfielder or in a holding role, and he would provide quality and depth in the squad.

Hrosovsky would be a smart signing for the Hammers, and Pellegrini should move quickly to snap him up.