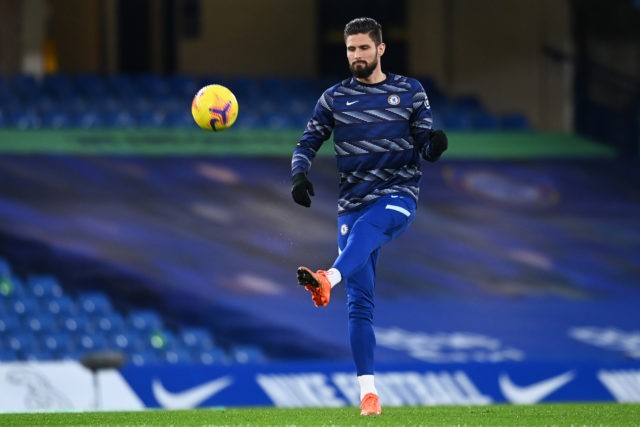 West Ham United are looking to bring in a new striker this month after they offloaded Sebastien Haller, and the Hammers have reportedly earmarked Chelsea striker Olivier Giroud as a potential option.

The Hammers allowed Haller to join Dutch giants Ajax for a fee of €22.5m (£20.3m) on Friday. He will be eligible to face PSV Eindhoven.

Haller’s departure has freed up space for a new arrival, and West Ham are exploring options to replace him in their front line.

The Hammers officials are looking into the financial aspect of the deal to sign Giroud, but they have other targets as well.

According to Eurosport, sources close to the player believe he could leave Stamford Bridge this month, and the possibility of staying in London could tempt him to move to West Ham.

Giroud won’t be a long-term solution for the Hammers. However, given the tough transfer market situation due to the pandemic, Giroud could be a handy option for one or two years.

The 34-year-old is in good form this season and scored all four goals in the Champions League clash against Sevilla last month.

Former Chelsea forward Joe Cole hailed him as ‘exceptional’ for that performance.

The Frenchman has scored nine goals in 15 games for Chelsea this season, but it wouldn’t be a big loss for the Blues if he leaves the club.

Giroud still has a few good years left in him and given his wealth of Premier League experience and current form, he could be an exciting signing for the club.