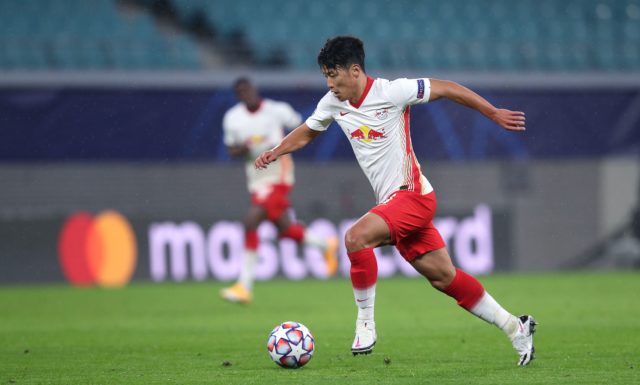 West Ham United have joined the race to sign RB Leipzig striker Hee-Chan Hwang on loan this month, according to reports from Sky Sports Austria.

The report claims that the Hammers have emerged as ‘very hot’ candidates to sign the 24-year-old striker. However, David Moyes’ side could face competition from several Bundesliga clubs for his signature.

He scored 45 goals in 126 appearances for Salzburg but has struggled to make an impact at the German club. Hwang is yet to start a Bundesliga game and has managed only seven substitute appearances for Leipzig.

Hwang is frustrated with lack of game time and he is expected to leave the club on loan. The Hammers are heavily interested and could move for him in the next few days.

The South Korean is a versatile attacker who can also play as a left midfielder. He is very good at dribbling and passing and could be a smart signing for the Hammers.

The London outfit are looking to sign a striker this month following the departure of Sebastien Haller to Ajax. Hwang could be an excellent back-up option to Michail Antonio and signing him on loan makes a lot of sense.

West Ham have been linked with a host of strikers this month, but in most cases, they have found it difficult to meet the player’s asking price.

However, bringing in a player of Hwang’s ability on loan could represent a masterstroke signing from Moyes.