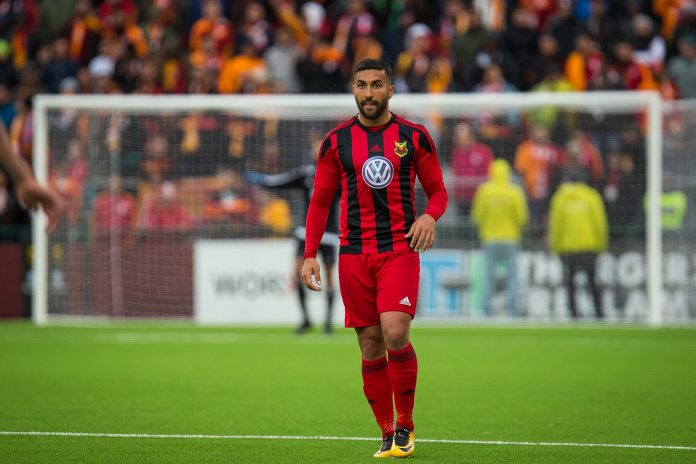 According to reports from ESPN, a host of Premier League clubs are keeping a close eye on Ostersunds striker Saman Ghoddos following his impressive Europa League performance against Arsenal.

The scouts of the aforementioned clubs watched the foward who was superb in Ostersunds’ stunning 2-1 victory over Arsenal at the Emirates Stadium on Thursday night.

He helped set up both the goals, and seems to have caught the attention of heavyweight Premier League clubs. In fact, he was brilliant in the first leg as well, earning praise from even Arsene Wenger.

The 24-year-old has been superb in Ostersunds’ Europa League campaign, where he scored four goals and had four assists.

His agent, Ferhat Cifici, was present at the Emirates Stadium to watch the game against the Gunners, and later confirmed that several clubs are interested in signing the player.

The report adds that Ostersunds are bracing themselves for offers when the transfer window opens in the summer.

David Moyes (should he stay) will be looking to add a quality striker to his ranks, and could make a move for the player if he keeps on performing at this rate.

The same can be said of the other Premier League clubs, although West Brom could struggle to lure him if they fail to secure safety this season.