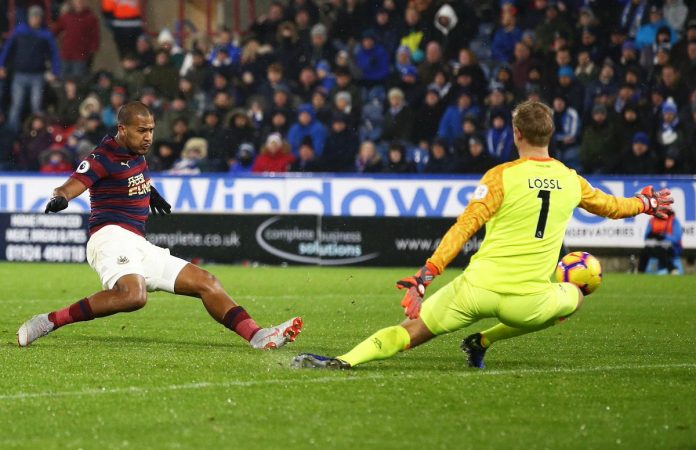 According to reports from The Daily Star, West Ham have made a bid in the region of £10 million to sign West Bromwich Albion striker Salomon Rondon in the summer transfer window.

The Hammers have even included Jordan Hugill and Sam Byram as part of the deal. However, the Baggies have rejected the move.

The 76-cap Venezuela international is facing an uncertain future at the Hawthorns with the club’s technical director Luke Dowling confirming that they are looking to cash in on him.

The report claims that Manuel Pellegrini’s side have made a £10 million bid and they have offered two unwanted players to sweeten the deal.

Both Hugill and Byram failed to make an impact for the Hammers and spent last season on loan at Middlesbrough and Nottingham Forest respectively.

Rondon, on the other hand, enjoyed a brilliant 2018/19 campaign with Newcastle on loan where he scored 11 Premier League goals.

According to the Express and Star, Newcastle United are still interested in signing the West Brom striker on a permanent deal.

Rafael Benitez was pushing the Newcastle board to sign Rondon but the Magpies weren’t keen on paying over the odds for the striker.

The latest report claims that even after Benitez’s departure, Newcastle have kept Rondon on their wishlist.

It remains to be seen whether the Magpies can come up with a better offer than the Hammers in the coming weeks.