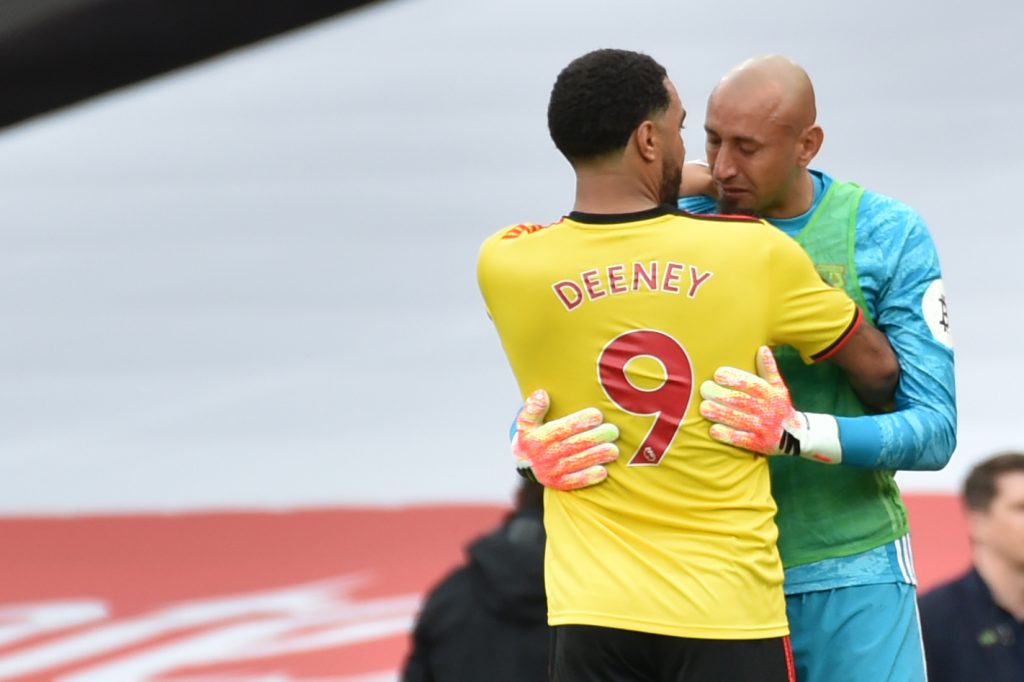 Tottenham Hotspur could miss out on Troy Deeney this summer with West Brom now leading the race to sign him from Watford.

Football Insider are reporting that the Baggies are in advanced talks to sign Deeney who is seeking pastures new following Watford’s relegation to the Championship last season.

The report claims that the Baggies are working on signing Deeney and they have made progress in agreeing the terms of a deal this week.

The Daily Mail claimed earlier this week that Watford are willing to offload the striker who scored 133 goals for them in over 390 appearances in all competitions.

Watford have made attempts to persuade Deeney to stay put but he sees himself as a Premier League player, and as a result, the club are now willing to let him go.

Tottenham reportedly have shown interest in signing Deeney. The north London club have even discussed the possibility of a loan deal with Watford as Jose Mourinho is keen to add a back-up striker for Harry Kane.

The 32-year-old scored 10 Premier League goals last season, and he would have been a brilliant signing for Spurs.

However, as it stands, Deeney is heading towards West Brom instead.