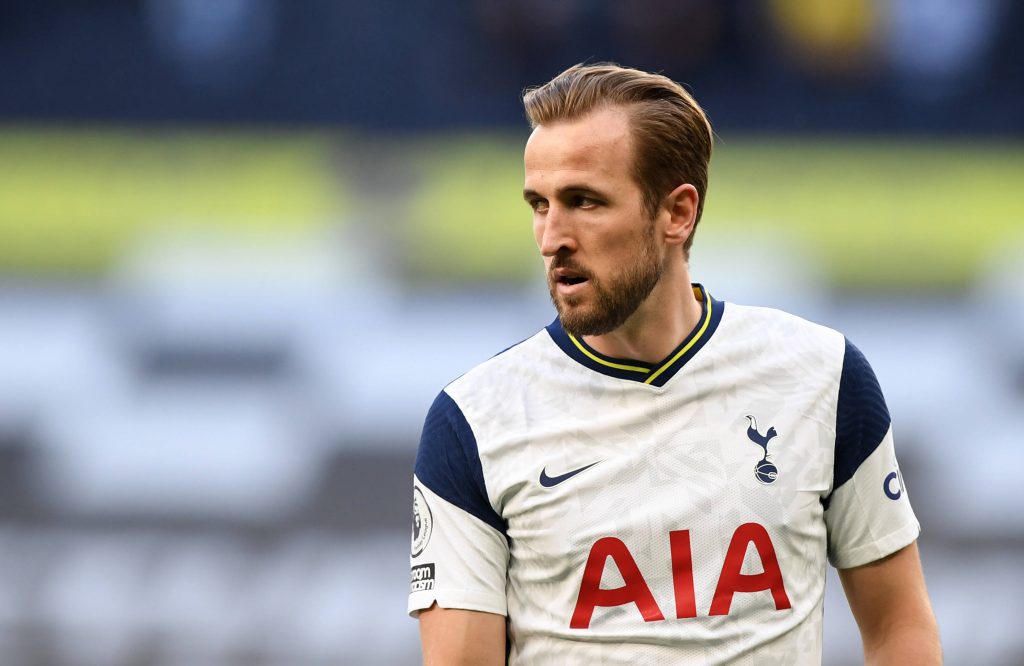 What’s the charm of a transfer window if there’s no saga? Last summer, it was Jadon Sancho – this summer, the drama will be provided by Harry Kane.

Kane, a usually reserved bloke, appears to have become disillusioned with life at Tottenham as per this explosive interview with Gary Neville.

Although he is not openly agitating a move, the indications are clear he doesn’t want to stay in north London either.

The England skipper may disagree with his price tag, but he is not the one who will call the shots here – it’s Daniel Levy, who reportedly has slapped a massive £150 million asking price on Kane’s shoulders.

With clubs in Europe still struggling with finances due to the pandemic, it’s hard to think any of Kane’s potential suitors would have the audacity to dish out such a hefty transfer fee for one single player.

Manchester City are reportedly keen to sign the 27-year-old striker who enjoyed one of his best campaigns in 2020-21, topping the goalscoring chart and also providing most assists in the Premier League.

City could offer players in exchange plus cash to sweeten the deal for Kane. And that is where the transfer saga comes to life.

On Monday, we covered a story from The Sun that claims Pep Guardiola is ready to sacrifice Raheem Sterling and Gabriel Jesus in a bid for Kane.

“The England international also wants to move to the Etihad Stadium and has revealed his dream to play alongside Kevin de Bruyne, but Spurs chairman Daniel Levy is ready to play hardball and block a move,” it read.

“He has slapped a £150m price tag on Kane’s head, but Man City are hoping to offset some of that fee by using two of their attackers as bait.

“Sterling ended the campaign with 15 goals across all competitions while Jesus bagged 14 goals as the Cityzens won the League Cup and Premier League title.

“Nevertheless, they are not starters under Guardiola and the Catalan is looking to make some squad changes after Saturday’s defeat to Chelsea in the Champions League final.”

Nearly 24 hours later, the Daily Mail came out with an exclusive – on a similar story, only Sterling has been replaced by City defender Nathan Ake.

‘Get ready for a swap shop!’ – the headline read.

The long headline runs as … “and at least one Manchester City star could be heading to Tottenham as part of a potential Harry Kane deal.”

How this is a scoop with the word ‘could’ in it is one of life’s great mysteries.

The report claims that Spurs “are known to be keen” for both Jesus and Ake.

There is a feeling that Guardiola could axe some of his squad to bring in new faces, and Jesus and Ake could be offloaded to make room for Kane.

“Ake, a £41million signing from Bournemouth, came through the ranks at Chelsea and would be considered homegrown, despite being Dutch,” the Mail wrote.

“While the 26-year-old made only nine starts in the Premier League and did not play in the Champions League in 2021, he too may take some persuading to head back to London.”

So, basically, it’s an Exclusiveopinion. The story’s development has been spoiled with the word ‘could’, which is conjecture, and secondly, Ake’s name has been thrown into the mix just because he hasn’t played much.

The Mail do not seem to have solid information (until now) as they write Ake “may take some persuading” while the entire article doesn’t state clearly whether the Dutchman has become surplus to requirements.

Aymeric Laporte is another player who would be permitted to leave, but he is unlikely to be interested in moving to Spurs.

What must Levy be thinking after being pitched with the idea of a swap deal for Kane involving Ake and Jesus?

In other news, Spurs defender admits he is open to a summer exit.