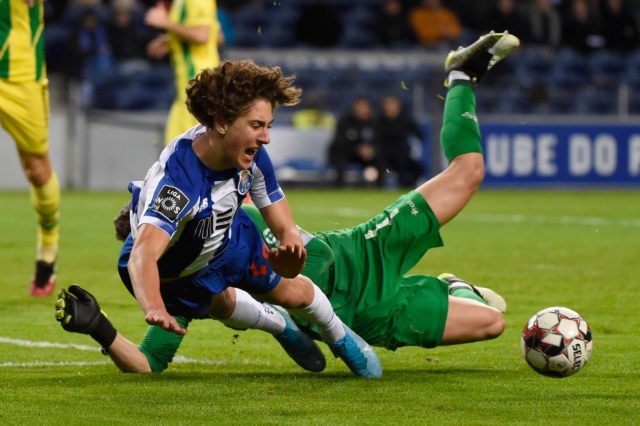 The 17-year-old is a highly-rated young centre forward who has been compared to Cristiano Ronaldo at that age.

Spurs could face strong competition from several European clubs. The report claims that the likes of Juventus, Real Madrid and Atletico Madrid are keen on signing him.

The youngster has already made his senior debut for Porto and has scored three goals for the first team. He has also provided two assists in 18 appearances in all competitions for the Portuguese giants.

The exciting young striker can play as a no 10 as well. He seems to be a fantastic young talent who is more than adept at holding the ball and playing as a frontman.

He has a massive £107m release clause in his contract, and obviously no club would pay that amount at the moment.

The report states that Porto is aware that no one will pay that amount and that they may have to accept a fee of around half the price.

It seems highly unlikely that Spurs will pay this amount to sign a hitherto unknown centre-forward. But they can try to sign him on loan.

They need to spend money wisely, while other areas of the squad need immediate attention.

It would be wise for the youngster to continue at Porto and establish himself as a first-team regular before moving to a big European club.