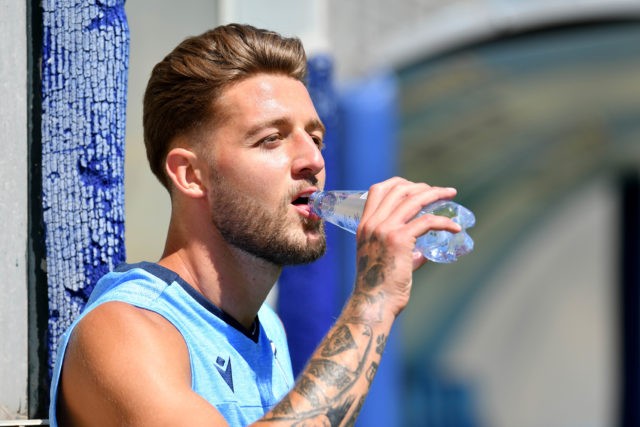 According to reports from Calciomercato (h/t Football London), Tottenham Hotspur have joined the likes of Chelsea and Manchester United in the race to sign Sergej Milinkovic-Savic.

The Serbia international has once again enjoyed a superb campaign for the Serie A giants, and his impressive form has caught the attention of heavyweight Premier League clubs.

Milinkovic-Savic is a highly-rated box to box midfielder who would be a great addition for Spurs. Chelsea and United are thought to be his long-term admirers, but Spurs now have joined the race.

The report claims that Jose Mourinho ‘may be keen’ on the idea of adding Milinkovic-Savic to his midfield. However, the chance of landing him is slim.

He is under contract at the Stadio Olimpico until the summer of 2024, and Lazio are under no pressure to sell him this summer. However, Lazio’s Sporting Director, Igle Tari, has claimed that the club would be open to letting the midfielder leave this summer, but only if the price is right.

It has been reported that Lazio would demand a fee in the region of £80m for the midfielder.

The global economy has been hampered due to the coronavirus impact and clubs all over Europe will struggle to dish out big money on buying superstars. And it is highly unlikely that Spurs would pay that money to sign the midfielder.