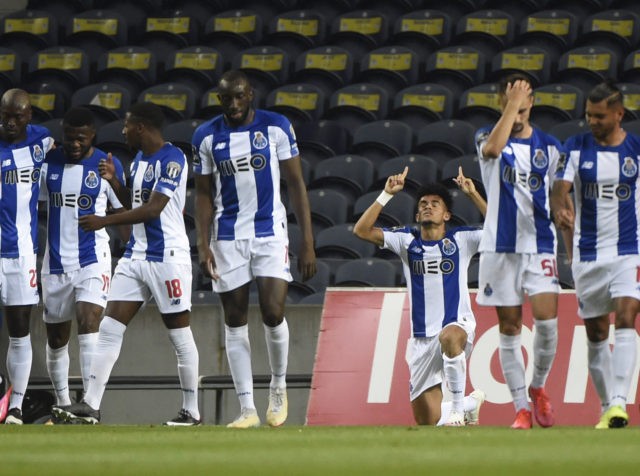 According to reports from Record, Tottenham Hotspur are interested in signing Colombian winger Luis Diaz in the summer transfer window.

Jose Mourinho has stated that he won’t be looking to make major additions to the side, but Spurs are expected to make at least four to five signings this summer.

While Spurs need to sign a striker and a defender, it seems Mourinho is looking to sign an attacking midfielder-cum-winger in the summer transfer window.

Luiz heavily impressed for Portuguese side Porto last season, where he scored 14 goals and provided seven assists in all competitions.

Diaz is a natural winger who plays in a wide left attacking position. It has been claimed that Mourinho is a fan of the winger.

He has a contract at Porto till 2024 and the Portuguese club are likely to demand a hefty transfer fee for him. It remains to be seen whether Daniel Levy provides the fund to try and land Diaz over the coming weeks, especially when priorities lie elsewhere at the moment.

The 23-year-old has the potential to develop into a top attacking player and he would certainly be a good fit at Spurs. However, Spurs have plenty of players in his position, and unless Mourinho ships out Erik Lamela, it’s hard to see Spurs signing Diaz this summer.