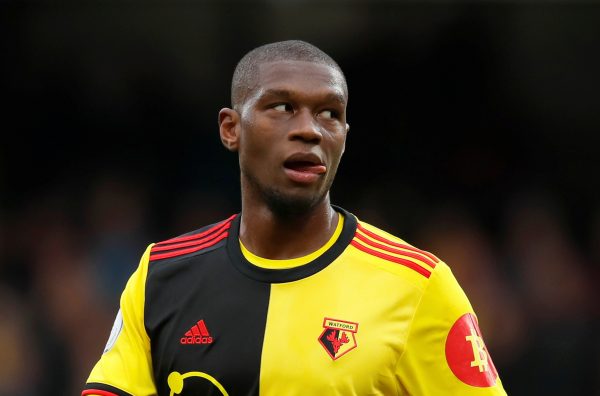 According to reports from Belgian outlet Walfoot, Tottenham Hotspur have joined the race to sign Watford defender Christian Kabasele.

While signing a striker, a midfielder, and possibly a right-back must be on Jose Mourinho’s priority list, the Portuguese should also be looking to sign a defender this month.

Belgium defender Jan Vertonghen has been a great servant of the club, but his contract expires in the summer. It seems Mourinho has earmarked Kabasele as a potential option.

Competition for the Belgian

According to reports from Le10 Sport, a host of clubs including West Ham and Newcastle United are keen to sign the Belgian international.

Both the clubs have other priorities this month, but could still be interested in making a move for the 28-year-old who has proved to a decent fit in the Premier League since his move to Vicarage Road in 2016.

He is an intelligent defender and possesses pace and power. However, a move to Spurs would be a big step for him.

It remains to be seen whether the Hammers or the Magpies step up their chase for the defender this month.