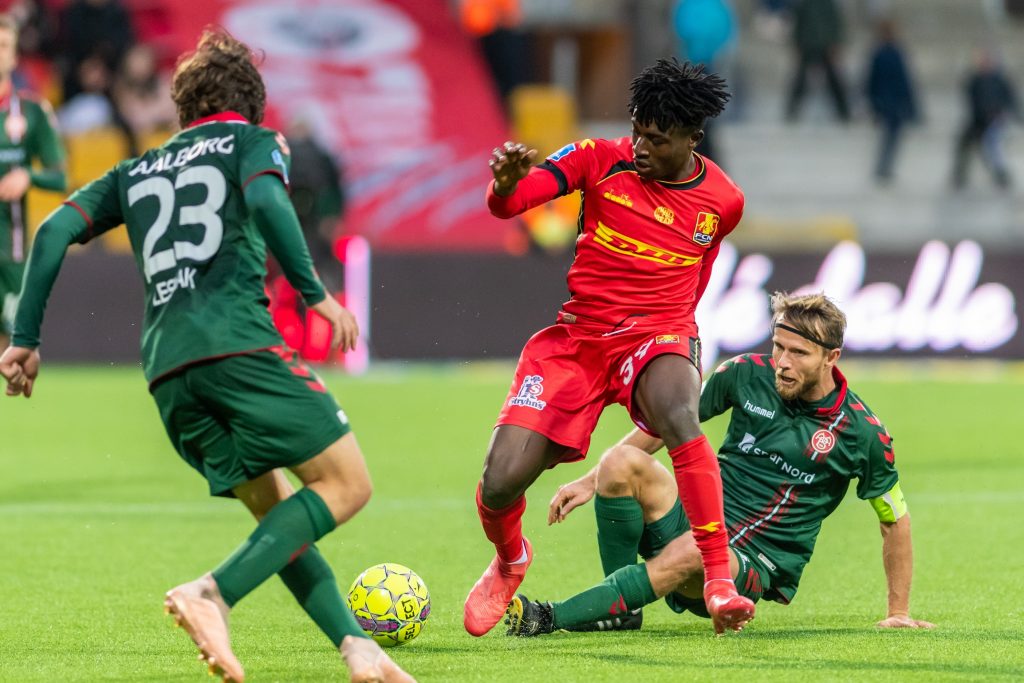 According to Foot Mercato, Tottenham Hotspur are interested in signing Mohammed Kudus from FC Nordsjaelland in the summer transfer window.

The report in the French news outlet has claimed of interest in Kudus from Paris Saint-Germain, Rennes, Marseille, Fenerbahce and Inter Milan as well.

France Football reported earlier this week that Newcastle United and Everton are looking at the 19-year-old Ghana international, who can play as a forward or as a midfielder.

According to WhoScored, the Ghana international has scored nine goals in 19 league matches for Nordsjaelland this season.

Kudus is doing well in Denmark and has also played once for the Ghana national football team as well.

It is clear that the attack-minded teenager has a bright future ahead of him.

While the 19-year-old would be a good signing for Spurs in the summer transfer window, the North London outfit have to see him as a long-term project instead of trying to rush him into the first team now.

Tottenham would do well to snap up the Ghana international for a modest transfer fee, as he could prove to be a gem for the North London outfit in the long run.

Jose Mourinho’s side are aiming to finish in the top four of the Premier League table this season.