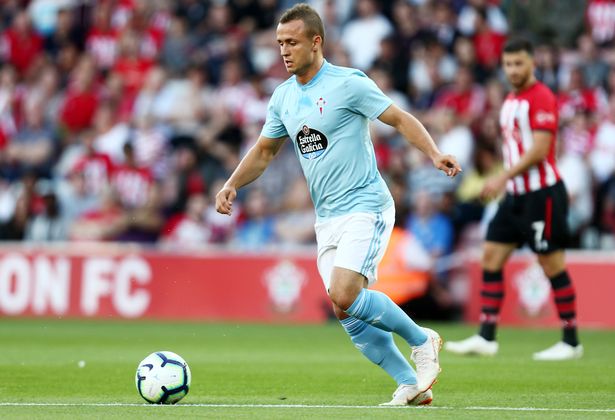 Tottenham Hotspur are yet to make a signing this summer, but with time running out, Mauricio Pochettino will be desperate to bring in one or two new faces.

Spurs have a star studded squad but the midfield is one area where Pochettino should look to bolster. Mousa Dembele is reportedly keen to leave before Thursday’s deadline, while the likes of Harry Winks and Victor Wanyama have struggled with injuries last season.

It would be really foolish of Spurs if they let Dembele go without signing a proper replacement. With that in mind, Spurs are taking a keen interest in Celta Vigo midfielder Stanislav Lobotka who only signed a new deal in February that runs until June 2023.

The Slovakia international has a £31m release clause in his contract, and despite signing a new deal, he is keen to move on. According to reports from the Mirror, Pochettino is keen to sign the player, and it could be hard for him to refuse Spurs’s advances should they come calling.

Lobotka is a tidy player who is good at passing and tackling. He was ever present for Celta Vigo last season making 38 appearances for the La Liga outfit.