Report: Tottenham and Manchester United have made an approach to sign Donny van de Beek 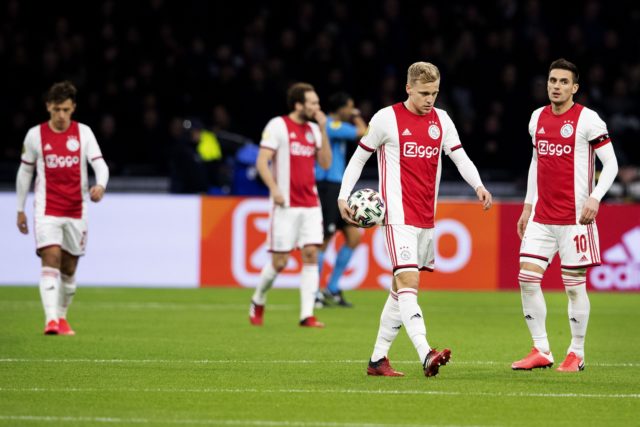 Tottenham Hotspur and Manchester United have reportedly made an approach to sign Donny van de Beek from Ajax.

According to reports from Spanish publication Sport, both Spurs and United have initiated contact over signing the midfielder.

The 23-year-old is also wanted by Catalan giants Barcelona, and he is waiting to see whether the La Liga outfit make a bid for him before he considers the option of moving to the Premier League.

Ajax are demanding a fee in the region of 55 million euros (£50m), but Barcelona cannot afford to spend that kind of money at the moment.

The best they can do is raise funds by offloading some of their fringe players, and then make a formal approach to sign the Dutch midfielder.

Ronald Koeman is a keen admirer of the 23-year-old and managed him during his two-year reign as Holland manager.

Spurs are looking to bolster their midfield this summer, but like Barcelona, the north London club are also operating on a tight budget.

It is encouraging that Spurs are keeping tabs on his situation. However, the only way they can fund his move is by selling Tanguy Ndombele whose future has come under constant speculation.

Old Trafford could be an interesting destination for the midfielder, but Manchester United have other transfer priorities at the moment, especially after missing out on Jadon Sancho.