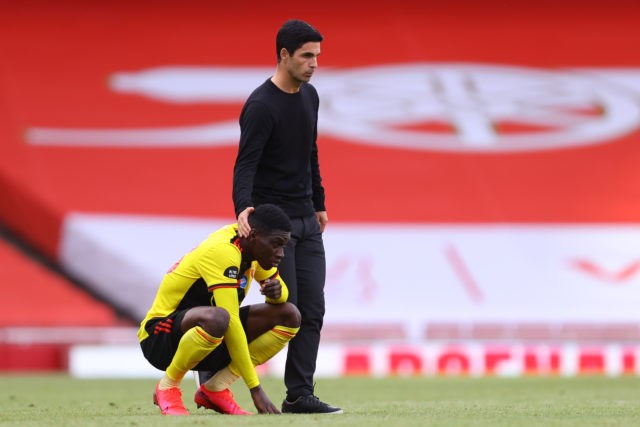 A host of Premier League clubs are showing interest in signing Ismaila Sarr from Watford this summer, following their relegation to the Championship.

Tottenham Hotspur are keen to sign the highly-rated 22-year-old winger, according to a report from the Sunday Mirror (9/8; page 65).

The report claims that Spurs are not the only club in the race for his signature. Premier League rivals Liverpool and Manchester United are also tracking the Senegalese attacker, who joined the club for a reported fee of over £25m.

Sarr was one of Watford’s top players last season. He scored five goals and provided four assists for the Hornets.

However, Watford are facing a battle to keep him at the club following their relegation.

Sarr would be an exciting signing for both Spurs and Liverpool.

The young attacker could be excited to stay in the Premier League. At the same time, Watford could be looking to offload him if they receive a handsome transfer fee.

However, Spurs have loads of quality in their attacking midfield areas, and Jose Mourinho’s priorities lie elsewhere. The north London club are looking to sign a striker and have been linked with a move for Watford’s Troy Deeney.

Liverpool could be an interesting option for Sarr. The Premier League champions could be a dream destination for him, but he is unlikely to get enough first-team chances.

Having said that, he would still be a very good back-up option for the Reds.