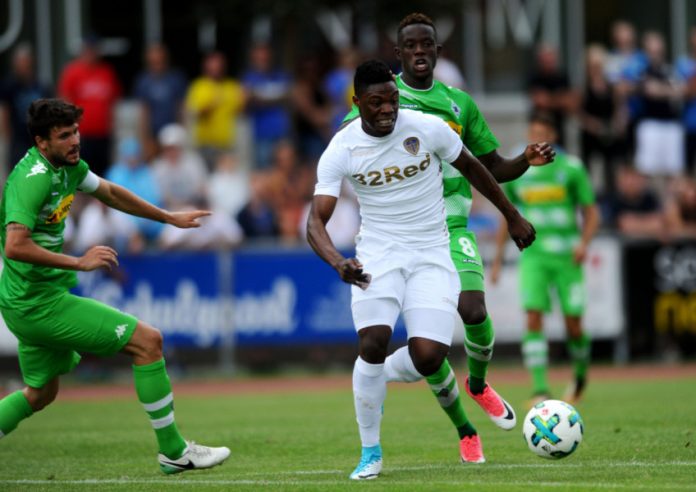 Leeds United striker Caleb Ekuban has landed in Turkey to complete his move to Trabzonspor.

The president of the Turkish club has confirmed that talks with Leeds United are on-going to sign the 24-year-old striker and the deal could materialise because he is a “low-cost option”.

“Since the beginning of the transfer season, almost 20 players have been interviewed, one of them is Ekuban,” Agaoglu said.

“Strikers Muhammet Bashir and Ramil Sheidaev left the team, leaving only after Burak Yilmaz and Hugo Rodallega up front. Ekuban is a low-cost player, so there is no definite situation at the moment, but negotiations are continuing.”

Ekuban has been on Leeds’s books since the summer of 2017. However, he failed to impress at Elland Road last season, managing just two goals in 21 games.

He is not in Marcelo Bielsa’s plans and was not given a squad number by the new Leeds manager. The striker has dropped down the pecking order at the Yorkshire club behind Kemar Roofe and Patrick Bamford.

Furthermore, the impressive pre-season performances of Ryan Edmondson and Sam Dalby means they are ahead of him as well. He has no future at the club, and a move away from Leeds is the best solution for all parties involved.

However, it is not clear whether Trabzonspor are looking to sign him on loan or on a permanent deal.