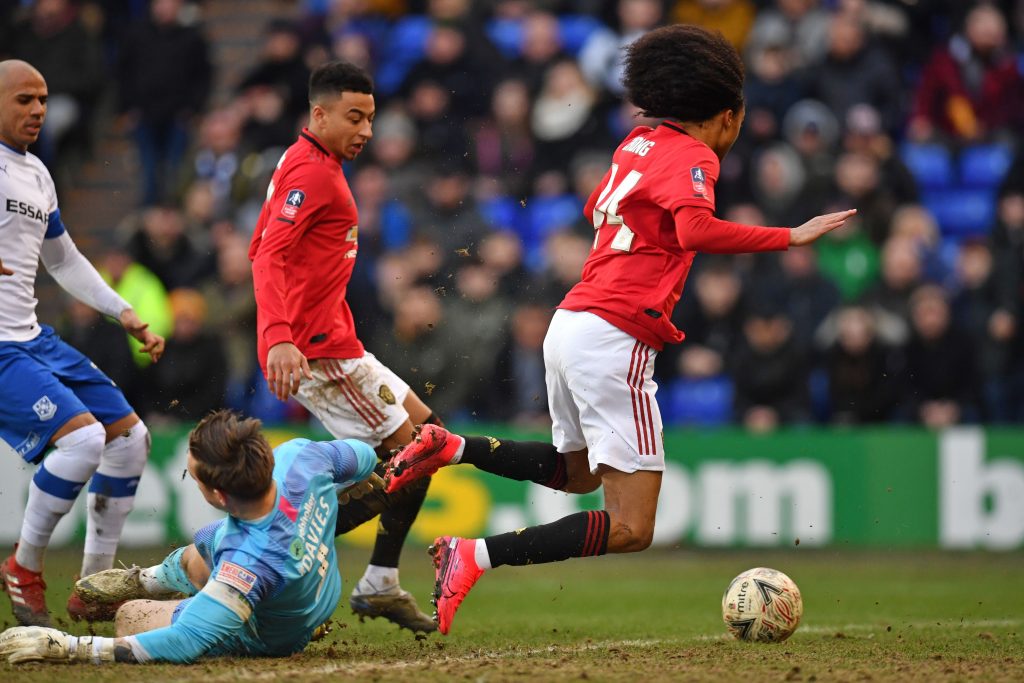 According to Fabrizio Romano of The Guardian, Manchester United winger Tahith Chong is likely to head out of Old Trafford in the summer transfer window.

The 20-year-old is ‘seriously considering an offer’ to join Inter Milan. The Italian giants have offered him a deal worth €3m a year, which equates to around £48,000 a week, till 2025.

The young winger’s contract at United is due to expire in June and the Nerazzurri are pushing hard to sign him.

Chong joined United from Dutch club Feyenoord in 2018, and has done well so far. He has made eight appearances for the Red Devils this season including two substitute appearances in the Premier League.

He is unconvinced by the renewal offer from United. The player’s agent has held talks with Inter this month.

According to reports from Calciomercato, Chong has been given ‘the go-ahead’ to enter into a negotiation with Inter, and that the player is close to securing an agreement with the Italian club.

If the youngster makes the move to Inter, he will join the likes of Romelu Lukaku, Ashley Young and Alexis Sanchez – all having played for United.