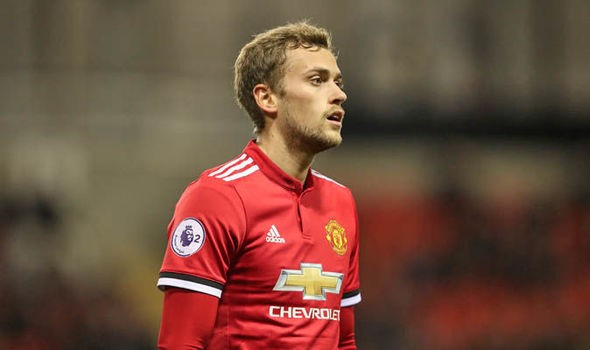 James Wilson made his senior debut for Manchester United in 2014 after graduating from the club’s academy. However, with every passing season his chances of establishing himself into the first team squad is appearing slim.

In the 2014-15 season, he made 17 appearances for the Red Devils in all competitions, scoring two goals, but his progress has stalled in the recent years. His loan moves at Derby County and Sheffield United haven’t been highly productive.

He did enjoy a decent spell during his stint at Brighton and Hove Albion when they were in the Championship in 2015-16, and he must look to re-capture his old form as another loan move beckons.

According to reports from the Sunderland Echo, the Black Cats are interested in signing him from Manchester United this summer. Sunderland can still sign players on loan, and they are targeting the former England U21 international.

Wilson must seize the opportunity

Playing in the League One is another step down in his career, but Wilson must seize this opportunity and prove his worth by scoring loads of goals.

The 22-year-old is still a very talented young striker, and should not have problems in adapting for the League One side.

Jack Ross’s side are aiming to win automatic promotion from League One to the Championship, and Wilson could be a smart signing for them.