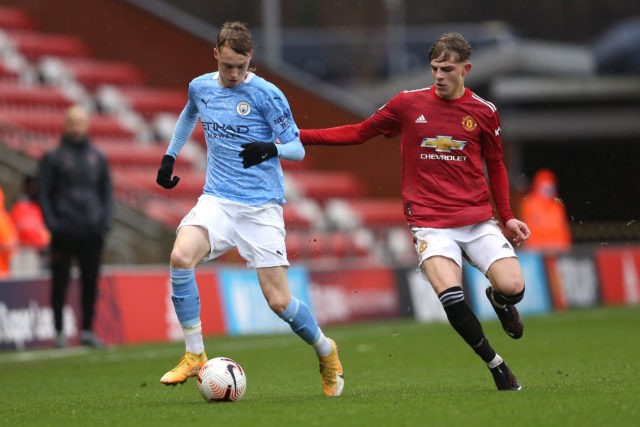 Manchester United defender Brandon Williams could leave the Old Trafford club in the January transfer window on loan, and several Premier League clubs are vying for his signature.

Earlier this week, Shields Gazzette reported that Newcastle United are leading the race to sign the 20-year-old defender.

The report claimed that the Magpies have agreed the framework of a deal in principle to sign the highly-rated Red Devils academy graduate.

Sky Sports reported this week that Southampton are also in the hunt to sign the youngster and are waiting for United to decide whether or not to loan out Williams this month.

And now, The Athletic has claimed that Everton have joined the race to sign the versatile full-back. Laurie Whitwell claims that a move to Everton on loan is a ‘genuine possibility’.

The report claims that the Toffees are looking to offer Williams the chance of regular first-team football, something he desperately needs at this stage of his career.

United boss, Ole Gunnar Solskjaer, however, wants him to stay at Carrington to provide competition for places in the second half of the season.

Williams enjoyed a meteoric rise at Old Trafford last season where he made 36 appearances, but he has found game time hard to come by this campaign.

The youngster can fill both right and left-back roles and could be a solid back-up option for either Seamus Coleman or Lucas Digne.