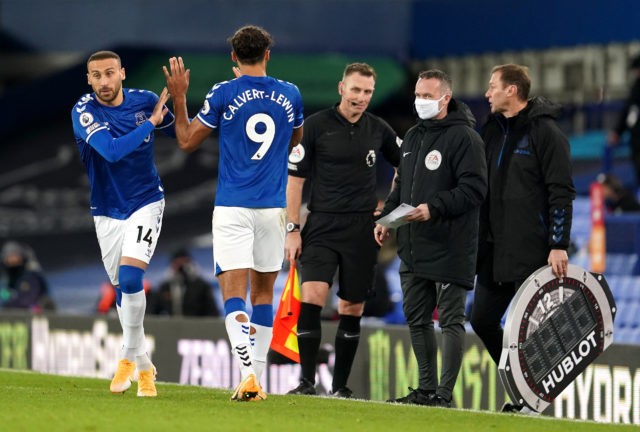 West Bromwich Albion manager Sam Allardyce is keen to be reunited with Everton striker Cenk Tosun in the January transfer window, according to reports from Sky Sports.

Allardyce signed Tosun from Besiktas for £27m when he was managing Everton in January 2018, and wants him at West Brom as he looks to keep Baggies in the Premier League.

Tosun is out of favour under Carlo Ancelotti who prefers Dominic Calvert-Lewin as the club’s first-choice striker. Allardyce wants Tosun to join him at The Hawthorns to bolster his strike force.

The report claims that Allardyce is looking to sign the 29-year-old on loan, with an option to make the move permanent next summer if they avoid relegation.

Allardyce is also prioritising bolstering his defence in January with West Brom conceding 39 goals in the league this campaign – the division’s worst record. It is expected that he will first sign a defender before turning his attention towards the Everton striker.

Tosun has managed only 44 minutes of Premier League football for Everton this season and should look to move elsewhere to play regularly.

Having said that, Everton do not have enough back-up strikers, and the Toffees could be in deep trouble if Dominic Calvert-Lewin gets injured.

With Moise Kean likely to seal a permanent move to Paris Saint-Germain, it remains to be seen whether Ancelotti allows Tosun to leave the club as well this month.

Ancelotti has previously hinted that he is not looking to delve into the transfer window in January, as he feels he has a balanced squad with him.