Report: Ross Barkley reveals why he joined Aston Villa on loan from Chelsea 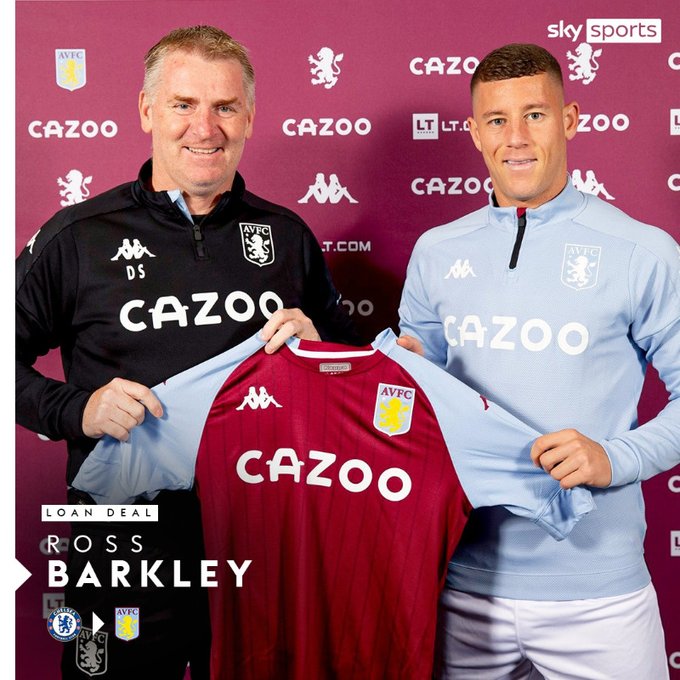 It is no doubt that yesterday’s announcement that Ross Barkley’s had joined Aston Villa on loan for the rest of the season came as a surprise to many, especially considering Ross had spent the previous night sitting on the bench at Tottenham Hotspur Stadium, as Chelsea tried to qualify for the quarterfinals of the Carabao Cup.

Ross has had lesser playing time under Coach Frank Lampard compared to his time under Sarri last year. Now, with the addition of Kai Havertz to the Blues midfield, his chances of playing regularly are even slimmer.

At age 26, and with the 2020/21 European Championships coming up next summer and the 2022 World Cup the following year, this is certainly the time for the England international to be at the top of his game.

And that’s exactly how he explained his decision to join Aston Villa in his first interview with the club.

“It was the chance to play more regularly and obviously a massive club like Villa, it’s great to be here and I’m looking forward to the season.”

“[The Euros are] a big influence. The last couple of years I’ve been stop-start really, performing and then out the team. To come here and have the chance to play regularly was a big thing. With the Euros being at the end of the season it’s a big target of mine to be there and be in the squad.”

Barkley also revealed that he had been chatting with Aston Villa captain Jack Grealish in the past couple of weeks. However, it was the words of Villa manager Dean Smith that “swayed” him into joining.

“They know my strengths and what I’ll add to the team. Going forward, wanting to improve this season compared to last season. He swayed me with the way he spoke to me and it looks like it’s going to be an exciting season.”

“[I can play as a] box-to-box in a midfield three, getting goals, getting assists and linking up [as] number eight, going forward and getting goals and chipping in with defensive duties as well.”

"It looks like it's going to be an exciting season." 👌

Barkley has three years left on his Chelsea contract and while Villa do not have a buy-option, there are reports that the club may consider making a transfer bid at the end of the season, should things work out well.