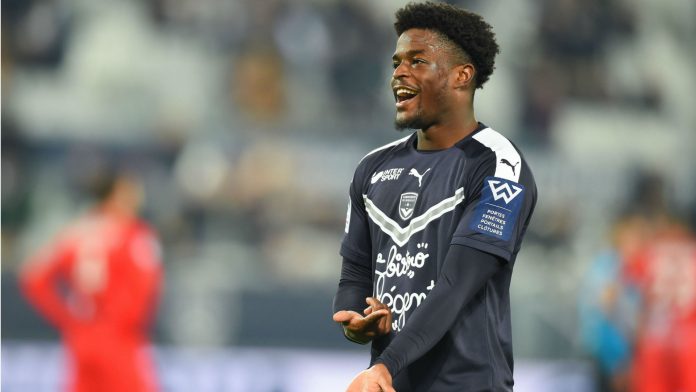 According to GFFN, Rangers will open talks with Bordeaux for striker Josh Maja next week as manager Steven Gerrard looks to strengthen his attacking ranks this summer.

Rangers to open talks with Bordeaux for striker Josh Maja next week, according to sources contacted by Get French Football News. More follows.

The Ibrox outfit could be without Colombian striker Alfredo Morelos next season with Lille looking to lure him away.

Nigerian striker Victor Osimhen is set to join Napoli, and Lille’s Director of Football Luis Campos has convinced the Rangers striker about the club’s exciting project.

The Light Blues are preparing for Morelos’ potential departure and are looking to bring in Maja as a replacement.

The former Sunderland striker has also been linked with Celtic, but it remains to be seen if that is still on the cards with French striker Odsonne Edouard no longer expected to leave Parkhead this summer.

Maja, 21, ended 2019-20 with eight goals and two assists in 24 games across all competitions for Bordeaux and was wanted by a couple of Premier League clubs during his time with the Black Cats.

Tottenham Hotspur constantly scouted the Nigeria international in 2018-19 while West Ham United boss David Moyes and Crystal Palace were linked with an interest in April.

Maja scored 16 League One goals for Sunderland in 2018-19 and will definitely do a good job for Rangers if snapped up.