The Singaporean consortium attempting to buy Newcastle United has been exposed by renowned news outlet Reuters for plenty of deceits.

Bellagraph Nova Group have been linked with a Newcastle takeover, with reports claiming they have tabled a £280 million bid, provided a Letter of Intent and a Proof of Funds.

BN Group moved in to buy the Magpies after Saudi Arabia’s Public Investment Fund pulled out of a £300 million bid last month, but the club’s latest suitors have fooled everyone by claiming to know former U.S. President Barack Obama.

A picture on the website of Bellagraph Nova Group – which has since been removed – showed owners Terence, Nelson Loh and Evangeline Shen sitting next to Obama, but it has emerged that it was doctored. 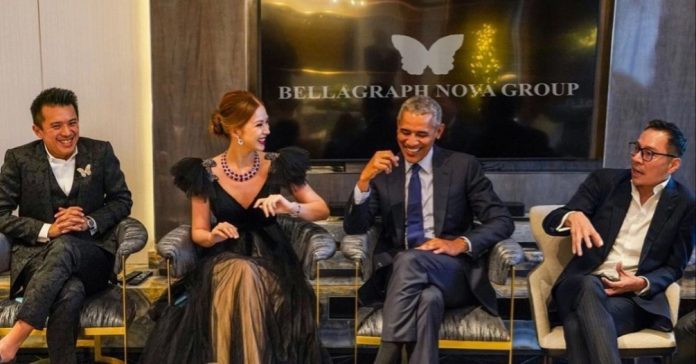 The photoshopped photo was used in marketing materials to publicize the newly formed group, and BN Group have admitted that some of the information in those materials was released prematurely or contained errors.

Reuters also discovered that no company called Bellagraph Nova Group is registered in France after checking official online records, while any company by that name at the address it has given – 10 Place Vendome – when a reporter visited on Tuesday couldn’t be found.

The management of Newcastle legend Alan Shearer told Reuters that he isn’t involved in the takeover bid after BN Group claimed he and Michael Chopra were both on board.

Shen was said to have gifted Obama a £27,000 bracelet last year during their meeting, but it appears that is also a lie.

BN Group have also claimed that they have £9 billion in revenues and are looking to sign Juventus’ Cristiano Ronaldo post-takeover, but it’s hard to see them passing the Premier League’s Owners’ and Directors’ Test following Reuters’ revelations.