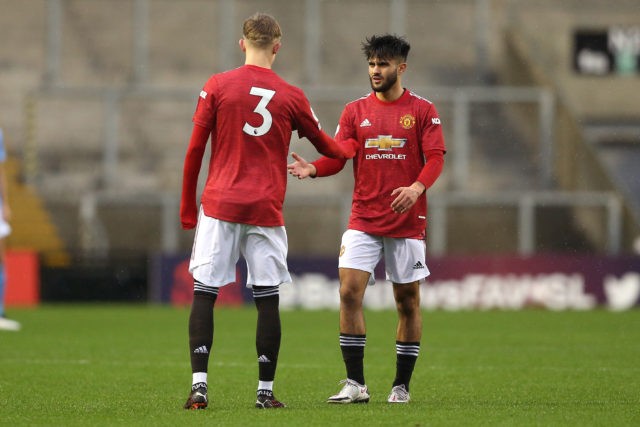 According to reports from the Shields Gazzette, Newcastle United are leading the race to sign Manchester United defender Brandon Williams on loan in the January transfer window.

The report claims that the Magpies have agreed the framework of a deal in principle to sign the highly-rated 20-year-old Red Devils academy graduate.

Williams is highly-rated by Manchester United, and the club boss Ole Gunnar Solskjaer hailed him as ‘top-class’ after his impressive performance in the Europa League clash against AZ Alkmaar last year.

He enjoyed a meteoric rise at Old Trafford last season where he made 36 appearances, but he has struggled for regular games in the current campaign.

Manchester United have bolstered their left-back areas by signing Alex Telles from Porto on the deadline day in October. Williams, naturally, has dropped further down the pecking order behind Telles and Luke Shaw and has managed only six minutes of Premier League football.

The Magpies are in pole position to sign the defender who would be allowed to leave on loan this month. However, Steve Bruce’s side could face strong competition from Southampton.

Last month, The Telegraph reported that the Saints are keen to sign the England Under-21 full-back on loan.

Bruce is looking to sign one or two players this month, and Williams could be one of them.

Jamal Lewis has struggled to settle in at Tyneside following his £15m move from Norwich City in the summer. Matt Ritchie has deputised for Lewis in the left wing-back slot in recent games.

Williams is a versatile defender who can play in either full-back position and would be a smart signing for the Magpies.