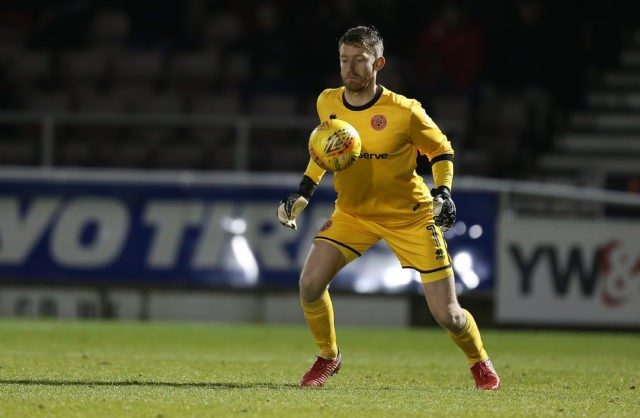 Newcastle have received a massive boost to sign Mark Gillespie this summer.

With the Scottish Premier League was suspended for the season due to the global health concerns, Motherwell’s season has come to an end. They are now looking forward to the next season.

As a result of that, Motherwell will have to make tough decisions regarding the players whose contracts are coming to an end.

Club skipper Peter Hatley is expected to leave the club. The likes of Christian Ilic, Christy Mazinga, Adam Livingstone, and Gillespie are also moving out.

Gillespie, the 28-year-old shot-stopper has impressed for Motherwell this season, but he is likely to head back to England.

According to reports from the Chronicle, Gillespie is free to talk to other clubs after he left Motherwell on Sunday.

The Magpies were already in talks with the goalkeeper before the takeover talks took place. Gillespie, the former Newcastle United academy graduate, is keen to return to Tyneside.

Rob Elliot will be out of contract at the end of the season, Freddie Woodman is expected to go out on loan again, while Karl Darlow’s future is unclear this summer.

Gillespie was simply outstanding for Motherwell and helped the club reach next season’s Europa League. The Magpies have identified him as a back-up option for Martin Dubravka for the next season, and they can sign him without breaking the bank.