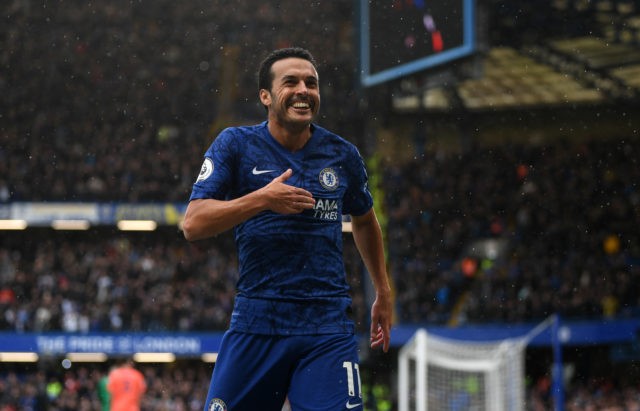 According to reports from Spanish publication AS, Chelsea forward Pedro has decided to join AS Roma in the summer.

The 32-year-old will be a free agent at the end of the campaign, and he has decided to move to Italy following his five years stay in west London.

Pedro, who is on £100,000-a-week contract at Chelsea, can already negotiate a deal elsewhere. Several European clubs including Juventus, Sevilla, Valencia and Real Betis have shown interest in the Spaniard but Pedro has decided to join Roma instead.

The Spain international has enjoyed a successful career so far. For Barcelona, he won five La Liga titles and three Champions League trophies. He joined Chelsea in 2015 and went on to make over 200 appearances for the Blues.

At Chelsea, he has won the Premier League, FA Cup and Europa League once, and will be hoping to ensure Chelsea finish in the top four this season.

The Chronicle claimed that Newcastle had been offered the chance to sign Pedro. The Spaniard would have been a superb signing for the Magpies.

Likewise, Aston Villa had shown interest in signing him as well. However, any slim chance of getting him would entirely depend on their status at the end of the season.

Having won league titles in Spain and England, it seems Pedro may be looking to add the Serie A to his list of trophies.