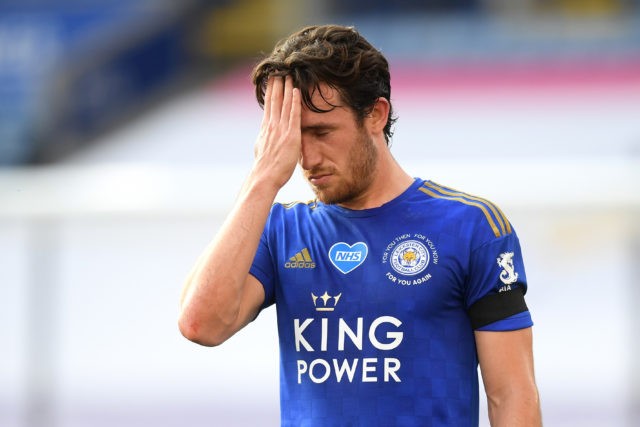 Manchester United are leading the race to sign Leicester City left-back Ben Chilwell in the summer transfer window, according to reports from The Sun.

The report states that the Red Devils will battle it out with Premier League rivals Chelsea and Manchester City for the signing of Chilwell. And they are moving into pole position for the 23-year-old England international.

The highly-rated defender has emerged as a major transfer target for Ole Gunnar Solskjaer this summer. The Red Devils boss is looking to build a strong team for next season and has earmarked Chilwell as a prime target.

In recent weeks, Chilwell has been heavily linked with a move to Chelsea. After spending around £80m for Timo Werner and Hakim Ziyech, the Blues are expecting more big-name additions.

Chelsea are likely to offload left-back Emerson Palmieri to Inter Milan, while the future of Marcos Alonso is in doubt as well.

Manchester City boss Pep Guardiola is also interested in signing him as City are looking to replace Benjamin Mendy.

Chilwell is a Leicester academy graduate and has made 123 appearances for the club over five seasons. He signed a new long term contract in October 2018 that runs out in 2024.

United signed Harry Maguire from Leicester City last summer for £80m, and it remains to be seen whether they can successfully raid the Foxes for the second time.