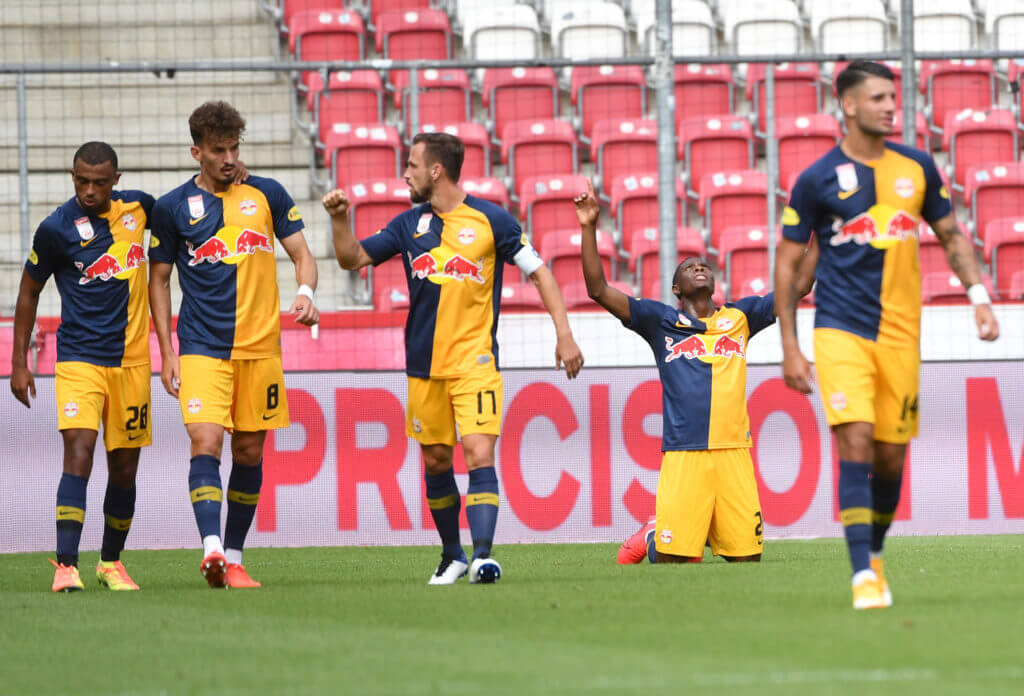 Manchester United are weighing up a move for Red Bull Salzburg striker Patson Daka in the summer transfer window, according to reports from The Sun.

Ole Gunnar Solskjaer is looking to bolster his forward department this summer and has earmarked Daka as a potential option.

The 21-year-old impressed heavily last season for Salzburg. He scored 24 goals in 31 league games as Salzburg won the Austrian title for the seventh year in a row.

However, he won’t come cheap. It would take a transfer fee of more than £20million to lure him away from the club as he signed a new contract last year that runs until 2024.

The report claims that United could face competition from Premier League champions Liverpool and other top clubs for his signature.

Liverpool have a good connection with Salzburg having signed players like Naby Keita and Takumi Minamino from them in recent years.

The Reds are choc-a-bloc with attacking players, but Jurgen Klopp could move for the exciting young talent should Divock Origi leave the club.

It remains to be seen whether United or Liverpool come up with a concrete bid for him in the next few days.