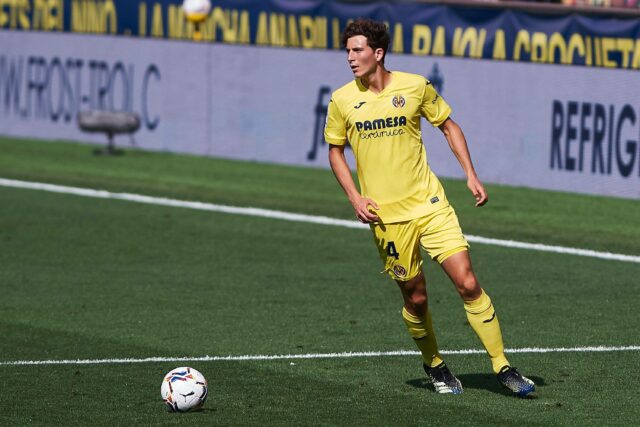 According to the reliable journalist, Gianluigi Longari, the Red Devils are interested in signing Pau Torres from Villarreal this summer.

He claims that United are in the driver’s seat for his signature. The 24-year-old has a contract at the La Liga club until 2024.

According to reports from Cadena SER and Sportitalia, United want to secure his signing before the start of this summer’s European Championships.

Last month, Manchester Evening News claimed that the highly-rated defender would be interested in joining the Red Devils this summer.

However, United could face competition from Premier League rivals, Manchester City, who are also looking to add a new defender.

United defender Eric Bailly has recently signed a new deal at the club that runs through 2024, but it seems Ole Gunnar Solskjaer is still keen to add a new defender.

According to reports from the Daily Mail, United’s focus is now on finding a long-term partner for Harry Maguire.

The likes of Bailly and Victor Lindelof will be able to compete for regular opportunities, but United are looking to sign a top-quality centre-back.

Marcos Rojo left the club in February, Axel Tuanzebe is out of contract next summer, while Phil Jones could also be offloaded.

United do not want to find themselves in a situation where injuries to one or two key defenders derail their season.

In other news, Everton are interested in signing Manchester City striker Sergio Aguero.