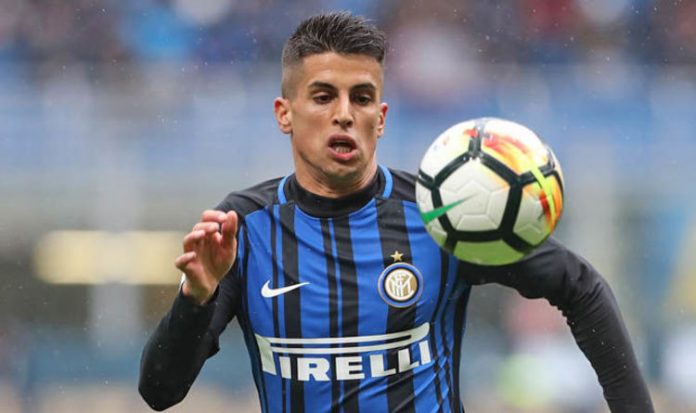 According to reports from Top Calcio (h/t Manchester Evening News), Manchester City are keen to sign Joao Cancelo in the summer transfer window.

The report claims that the 2017-18 Premier League champions have already tabled a bid roughly in the region of €45m (£39m ) for the Portuguese defender.

Cancelo joined Valencia in 2015 from Benfica, and has made 74 La Liga appearances for the club. Last season, he joined Serie A club Inter Milan on loan, where he made 26 appearances.

He impressed for the Serie A club during his loan spell, but it remains to be seen whether Inter take up the option to sign him permanently in the coming weeks.

The Portuguese defender personally prefers to stay in Italy, but he could be interested in joining City if they come up with a concrete offer.

However, City are not the only club that are showing interest in Cancelo. The report adds that Wolverhampton Wanderers – who will play in the Premier League next season after getting promoted from the Championship last term – are also interested.

Wolves manager Nuno Santo is a former Valencia manager while the Premier League has a strong connection with super agent Jorge Mendes, and a move for Cancelo can’t be completely ruled out either.