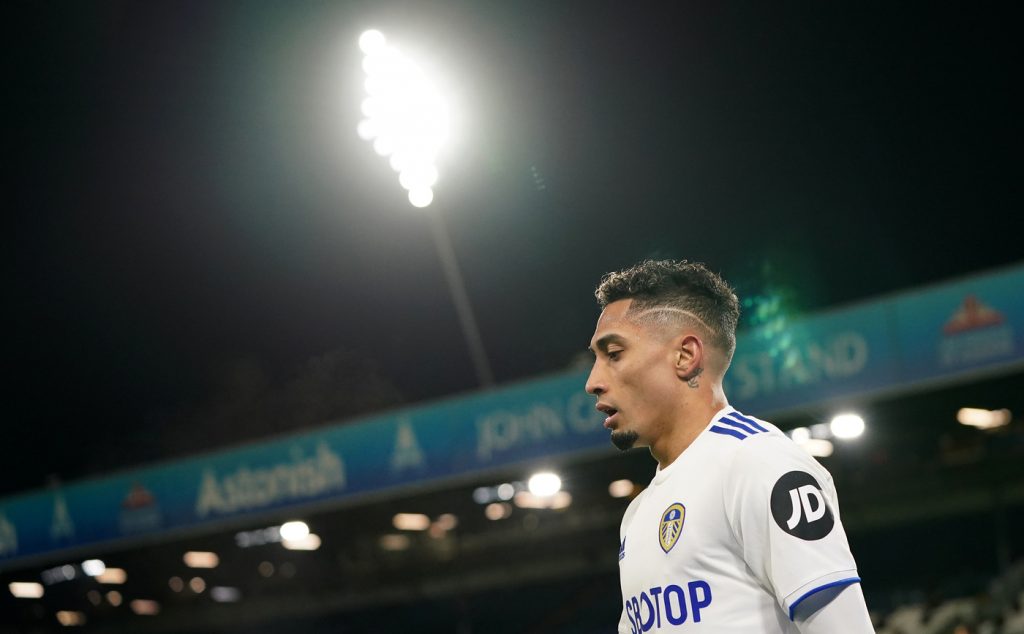 According to France Football (via GFFN), Liverpool scouts have placed Leeds United forward Raphinha at the top of their shortlist for targets that they intend to recommend for the summer.

The 2018-19 Champions League winners could do with some quality additions to their attack given their recent struggles in front of goal, and it is not a surprise that their recruitment department feels that the Leeds man is worth being watched in the coming months.

Liverpool scouts would have run the rule over Raphinha against Crystal Palace last night, and there is no doubt that they would have been left impressed with what they saw.

The Brazilian joined Leeds from Ligue 1 outfit Rennes for around £17 million last summer, and he has since established himself as a regular under head coach Marcelo Bielsa.

Raphinha has scored four goals and assisted four others in 17 Premier League appearances for the Elland Road outfit, and he has been a constant thorn in the side of opposition defences.

His pace, finishing abilities and tricks are some of the reasons why Leeds have been exciting to watch this term, and whether they will be able to hold on to him for long remains to be seen.

Bielsa has described Raphinha as a player with the capacity to unbalance a team individually, claiming all of his physical qualities are good.

Given Leeds’ style of play, there is no doubt that the Argentine would love to hold on to the winger for as long as possible, and he has also described him as a dynamic player who loves to go forward and come back to get in behind and defend.

Those qualities will certainly catch the eye of Liverpool boss Jurgen Klopp, and there is no denying that the struggling European and Premier League giants need fresh impetus in attack going forward.