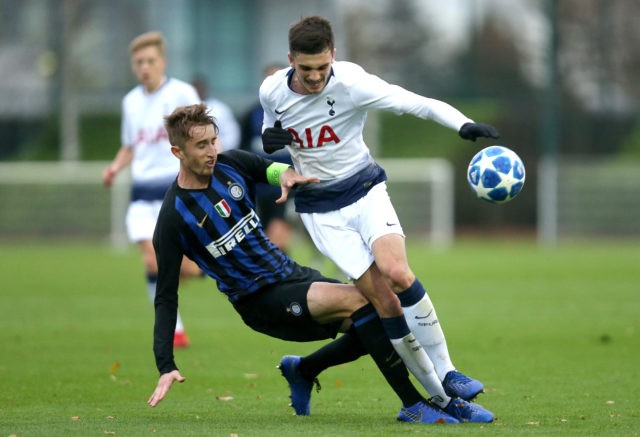 Leicester City are considering making a move for Ryan Nolan, according to reports from The Sun.

The 21-year-old is a highly-rated young centre-back who plays in the third division of Italian football.

He is currently playing for Giana Erminio on loan from Arezzo. He was previously on the books at Inter Milan.

The report claims that the youngster was on the cusp of the Inter first team under former manager Luciano Spaletti, but fell out of favour under Antonio Conte.

The former Chelsea boss emphasized experience over youth, and the youngster was sold, as a result.

The Sun reports that Leicester City are leading the race for his signature. Norwich City and Blackburn Rovers are also interested.

He has two years left on his contract in Italy, but Arezzo are happy to let him leave for free.

The Foxes are in need of depth and quality in attack, and Nolan could be a good third-choice option for the club.

The report claims that Leeds United were heavily interested in signing him last summer.

In fact, he was extremely close to joining the Whites but the deal fell through as Marcelo Bielsa wanted to loan him straight out to Scottish side Falkirk.

Leeds are also looking to sign a defender this summer, but they probably are not interested in him, anymore.