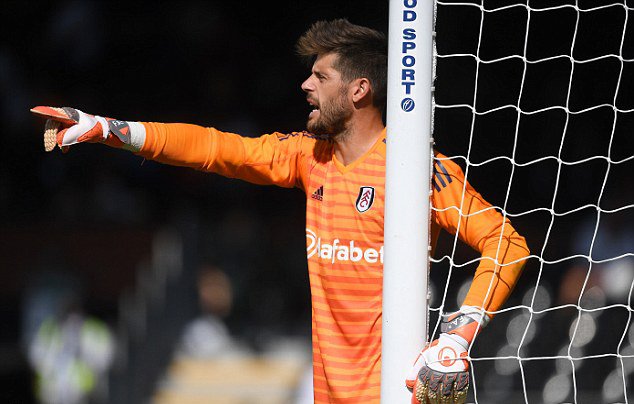 According to reports from The Mirror (transfer live blog, 00:21), Fulham goalkeeper Fabri is reportedly closing in on a return to Turkish club Besiktas.

The 31-year-old goalkeeper joined the Cottagers last summer, but he is set to leave the club after making just two appearances in the Premier League.

He has struggled badly, and has dropped down the pecking order at the club. The report claim (via Milliyet), Besiktas have opened talks over a deal to bring him back to Istanbul.

The news will come as a blow to Leeds United.

Last week, reports from Turkey (h/t Leeds Live), claimed that the Whites have considered Fulham’s out-of-favour Spanish stopper Fabri as one of their targets.

Leeds are badly in need of signing a goalkeeper in January after Chelsea loanee Jamal Blackman returned to his parent club. Marcelo Bielsa has remained tight lipped on his transfer plans, but the Argentine has hinted recently that he needs reinforcement in one or two areas.

The Whites have other targets as well, and it remains unclear how much they were interested in Fabri. Nevertheless, if indeed Leeds had shown interest in him, the news will come a blow, as it seems he is heading back to Turkey instead.