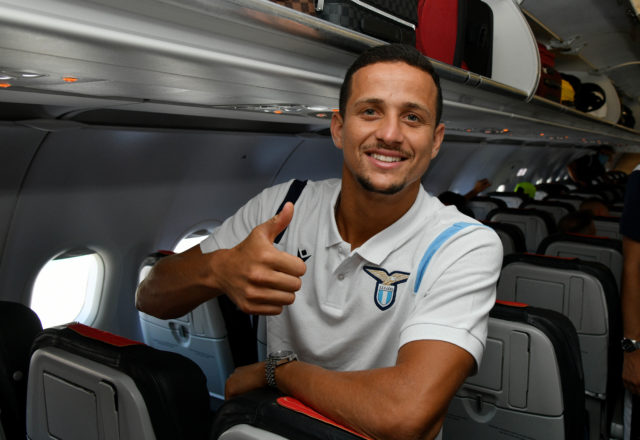 Rodrigo is set to arrive for a medical at Leeds after a fee has been agreed between the two clubs. With the Rodrigo deal as good as done, Leeds are now focusing on bolstering other areas of the pitch.

Signing a center-back is absolutely crucial for Leeds after the Yorkshire club failed to sign Ben White from Brighton and Hove Albion this summer.

Leeds have made three bids for White who impressed last season on loan at Elland Road. However, Brighton have rejected their latest bid in the region of £25m, and have made it clear that the player won’t be sold this summer.

The Whites are looking at options elsewhere. They have been heavily linked with players like Robin Koch, Calum Chambers, and Rob Holding in recent weeks.

The report claims that the 23-year-old Brazilian has become expendable at Lazio, but the club could sell him if the price is right.

He has two years remaining on his present deal, and talks of renewal are currently not underway. Barcelona and PSG have already made an approach, and now Leeds have made their move for the defender as well.

Talks have been held between Igli Tare and Lorenzo Tonetti, intermediary and right-hand man of Andrea Radrizzani, and the move has ‘accelerated in the last few hours’.

According to another report from Italy, the Leeds owner has checked on five players from Lazio – Luiz Felipe, Jordan Lukaku, Sergej Milinkovic-Savic, Luis Alberto, and Ciro Immobile.