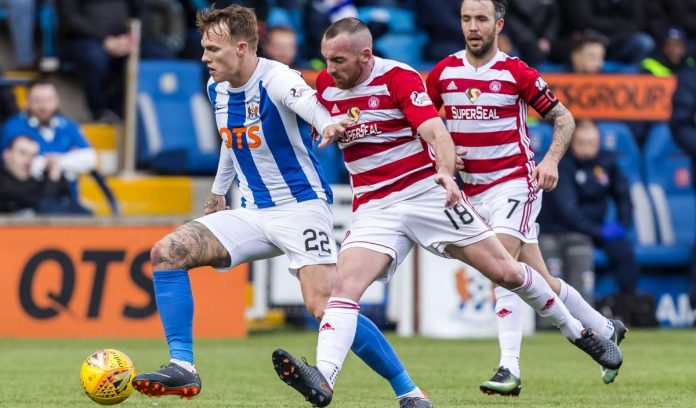 Leeds United boss Marcelo Bielsa has hinted that the club could be looking to bring in some players in the January transfer window, following the departures of Lewis Baker and Samu Saiz.

While signing a top goalkeeper and a creative midfielder are priorities, the Argentine could also look to sign a back up striker.

Kemar Roofe remains the only reliable goalscorer in the side, with Patrick Bamford out injured again, and Tyler Roberts likely to be used in the no. 10 role going forward.

It seems that the Whites are considering some options to bolster their strike force with the Daily Mail reporting that the Yorkshire club are in the hunt to sign Kilmarnock striker Eamonn Brophy.

The 22-year-old has been in excellent form this season, having scored nine goals in 20 appearances across all competitions this season.

The Mail claimed on their live transfer blog (12:25pm) that the youngster’s impressive form in the Scottish Premiership has alerted Leeds.