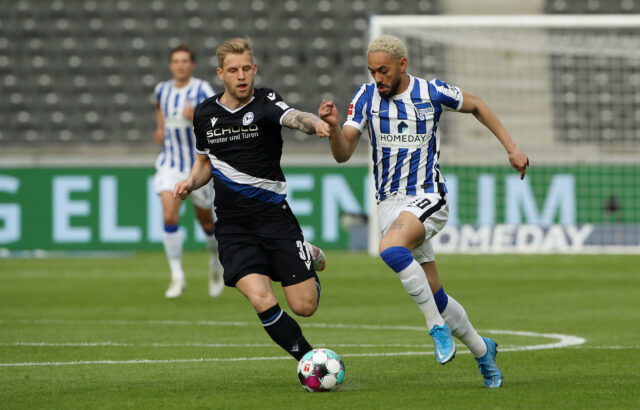 The upcoming transfer window is once again crucial for Leeds.

The Whites signed four top-quality players last summer- Raphinha, Rodrigo, Diego Llorente and Robin Koch – and they need more of the same to keep the momentum going next season.

Leeds finished ninth in their first year back in the top flight, and they should look to make further progress and aim for European qualification next season.

Cunha has emerged as one of their top targets for the Yorkshire club. Marcelo Bielsa is apparently monitoring the player and could ask Leeds to get the deal done.

Bielsa loves versatile players, and Cunha falls into that category. He can play as a left-winger, attacking midfielder or as a centre-forward.

Last season, he scored seven goals and provided four assists in 27 games in the Bundesliga.

The 21-year-old has a contract at the club until2025, but Hertha are still looking to sell him.

According to reports from Bild, the German club could demand a fee in the region of €40 million, which could be a major stumbling block.

The report claims that Leeds are heavily interested, and they are aiming to fend off competition from Monaco, Atalanta and Napoli.

It is unclear whether Leeds will be prepared to pay that amount for the youngster as they need to bolster other areas of the pitch.

However, he would be an exciting signing for the club if they can get the deal done.