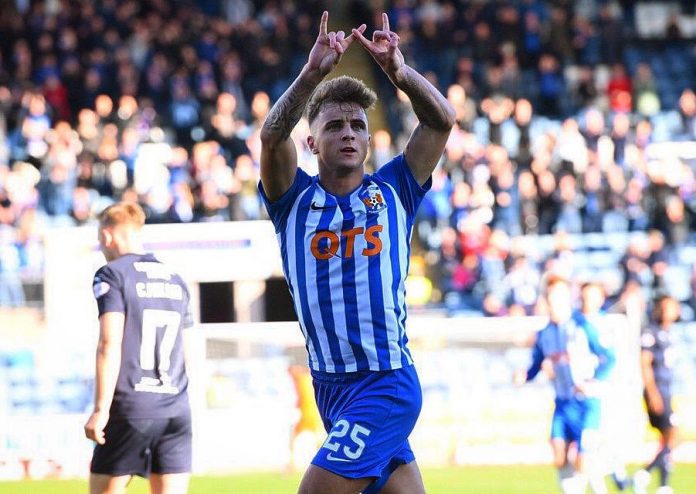 Glasgow Rangers are looking to bring Eamonn Brophy to the Ibrox club this summer, but the Gers could face strong competition from Championship duo, Leeds United and Derby County.

According to reports from TEAMtalk, the Gers boss Steven Gerrard is keen to sign Brophy who is seen as a potential replacement for Alfredo Morelos. However, Leeds and Derby are also interested in the Kilmarnock striker who is celebrating his first call-up to the Scotland squad this week.

The report claims that the Ibrox club are looking to sell the Colombian striker this summer and want the Kilmarnock striker as his replacement.

Leeds, who will play the next season in the Championship following their play-off heartbreak, would be looking to add depth in their attacking department.

Kemar Roofe was excellent for Leeds last season, but he struggled with injuries at times. Likewise, Patrick Bamford spent significant spells on the sidelines too and didn’t do enough to justify his price tag.