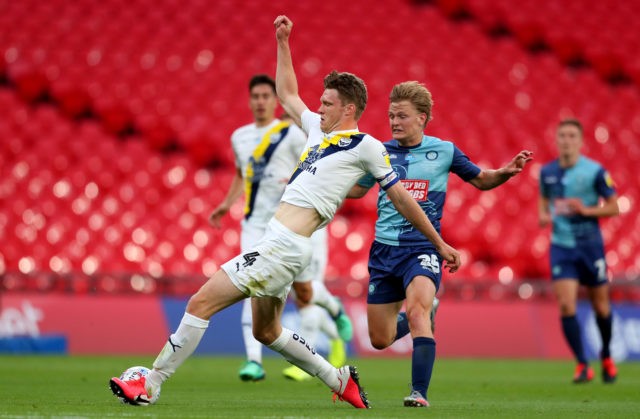 A host of Premier League clubs including Leeds United are showing keen interest in signing Rob Dickie from Oxford in the summer transfer window.

The three newly-promoted Premier League sides – Leeds, Fulham, and West Brom – are interested in signing the centre-back, while Premier League rivals Newcastle are also in the hunt for the 24-year-old, according to reports from the Sunday Mirror (9/8; page 65).

The highly-rated defender is valued at £3m by the League One side. He is entering the final year of his contract at the Kassam Stadium, and therefore would be available on a bargain deal.

Oxford, undoubtedly, will try to keep hold of their star player, but the defender could be tempted to move to the Premier League if there’s an offer on the table. In fact, Oxford boss Karl Robinson has hinted recently that they would be open to offloading him if the offer is right.

Leeds are looking to sign a centre-back this summer. The Yorkshire club are keen to sign Ben White on a permanent deal, but Brighton are reluctant to let him go.

They have had two bids for White rejected already, and probably that is why Leeds are exploring other options.

Newcastle United are also chasing the defender. The Magpies are stuck in limbo after the Saudi consortium backed away from the takeover bid.

Mike Ashley still remains the club-owner but he is emotionally detached from the club.