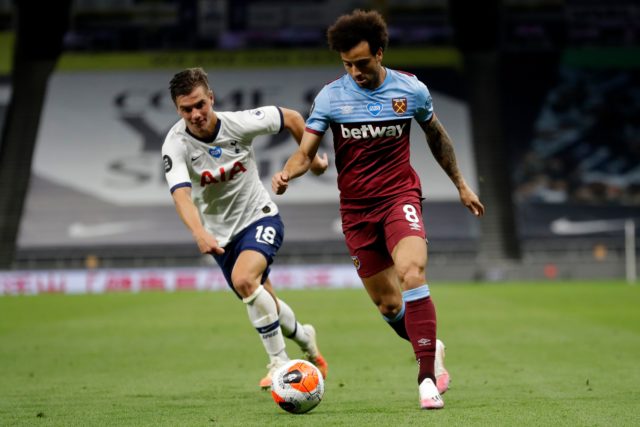 Serie A giants Lazio have enquired about bringing back Felipe Anderson from West Ham in the summer transfer window.

According to reports from The Times, Lazio are targeting to sign Anderson after missing out on David Silva, who left Manchester City and joined Real Sociedad.

The Serie A outfit had initially abandoned their interest in signing their former player. They wanted to sign Silva instead.

Silva agreed terms on a move to Lazio as a free agent, and was expected to complete the transfer this week. However, the Spaniard decided to join Real Sociedad at the last minute.

Lazio are now looking at other alternatives, and have earmarked Anderson as an option.

West Ham signed Anderson in 2018 from Lazio for the-then record fee in the region of £36m.

The Brazilian has struggled to make an impact at the London club.

The versatile attacker has only managed one goal and four assists in 20 Premier League starts for the Hammers.

David Moyes wants to rebuild the squad to his own taste and he is ready to let Anderson go. The Hammers will listen to offers for Anderson.

West Ham are yet to receive any bids for the player. Anderson has two years left on a contract reported to be worth more than £80,000 a week.