Report: Kostas Tsimikas has been tested positive for Coronavirus 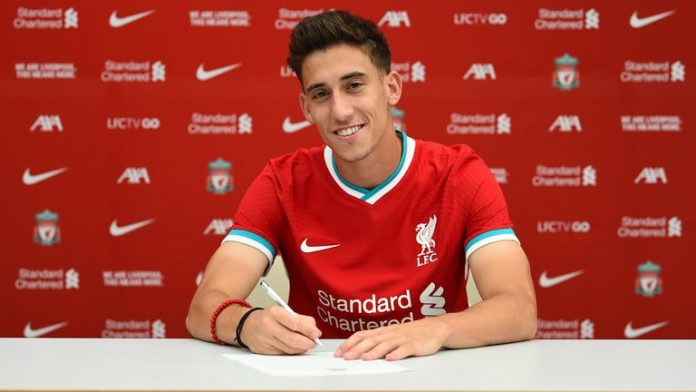 Liverpool left-back Kostas Tsimikas has been tested positive for Coronavirus.

According to reports from Greek outlet SPORT 24 (h/t the Daily Star), the 24-year-old left-back has tested positive for Covid-19 whilst on international duty with Greece.

He joined Liverpool from Olympiakos only a few weeks ago as Jurgen Klopp wanted to bring in some back-up for Andrew Robertson at left-back.

The report claims that the left-back fell ill after flying to Slovenia for Greece’s opening Nations League game and was immediately quarantined.

He then didn’t train with the rest of the team for three days. And now reports have come out he has Covid-19.

A statement from the Hellenic Football Federation confirmed that a member of the Greek national football team had tested positive. However, they didn’t mention the name of the player.

The statement read: “The Greek Football Federation was informed today of a positive COVID-19 sample on the results of checks carried out by the authorised by UEFA medical service among members of the mission of the national men’s team, which is located in Ljubljana and preparing for Sunday’s match with Kosovo in Pristina.”

Tsimikas took a test carried out by UEFA before the rest of the squad did the same.

The results of the other tests will reportedly be released on Saturday before Greece travel from Ljubljana to Pristina ahead of their second Nations League game against Kosovo.