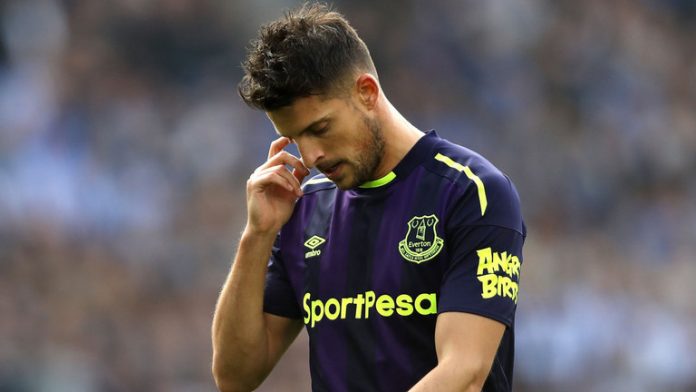 According to reports from Voetbal 24, Kevin Mirallas is all set to leave Everton in the summer transfer window.

The 60 times capped Belgium international joined the Toffees in 2012 and has made over 185 appearances in all competitions, scoring 38 goals.

However, in the last couple of seasons, he has played away from Goodison Park, spending loan spells at Olympiacos (2017-18) and Fiorentina (2018-19).

Last season he scored two goals in 30 games in all competitions for the Serie A club, and hasn’t done enough to impress Everton boss Marco Silva to consider him in his plans.

The 31-year-old is likely to leave the club this summer, and he is close to returning to his native Belgium and re-joining Standard Liege.

Antwerp, Anderlecht and Club Brugge were interested in signing him, but he has decided to play for Liege.

The report claims that the deal could be done very soon if the negotiations go ahead as planned.

Mirallas is currently on £70k per week at Goodison Park, and he may have to take a significant pay cut to join the club from where he came through as a young player.