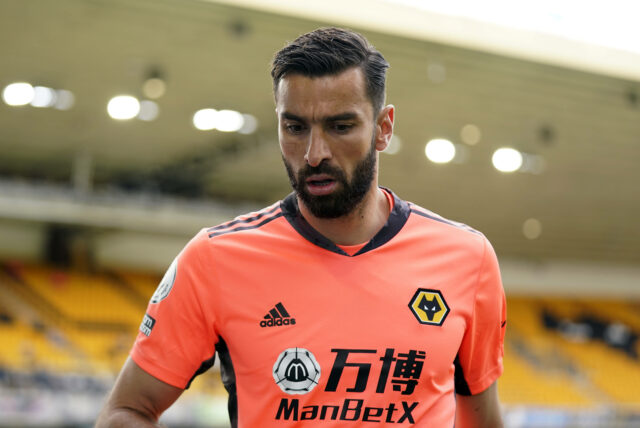 Jose Mourinho is looking to sign a new goalkeeper in the summer transfer window.

The Portuguese boss will take over at Roma after the end of the season. Mourinho was sacked earlier this season by Tottenham Hotspur, but he quickly bagged a new job in Italy.

The former Chelsea boss has been confirmed to replace Paulo Fonseca at the Stadio Olimpico and has already started planning for the summer transfer window.

An experienced goalkeeper is on his wishlist and, according to Calciomercato, Sergio Romero and Yann Sommer are in the frame.

The Gialorossi have also been linked with a move for Gigi Buffon, who has confirmed recently that he will leave Juventus at the end of the season.

The report claims that Mourinho has identified Rui Patricio from Wolverhampton Wanderers as a possible target.

The 33-year-old has been excellent for Wolves since joining the club in 2018. This season he has made 35 appearances in the Premier League, keeping 10 clean sheets.

He has a contract at Molineux until 2022, and Roma hope to sign him for around £8.6 million.

Patricio is a vastly experienced player who has been in terrific form in recent years. He would be a superb signing for Roma.