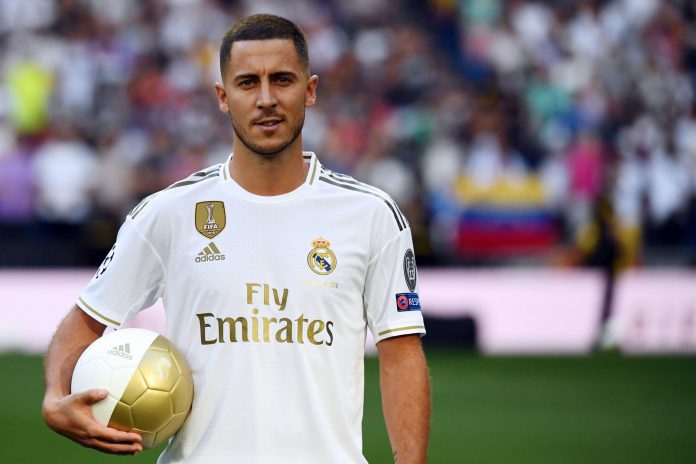 According to Tuttosport (via DiarioGol), Inter Milan are keen on Real Madrid winger Eden Hazard and will look to bring him to San Siro when the winter transfer window Osborne months.

The Belgium international has struggled with injuries since joining the La Liga giants from Chelsea in June 2019 for an initial £90 million in a five-year deal, featuring in just 28 games across all competitions.

Hazard has scored just thrice and assisted seven times in those appearances, and he hasn’t had the type of impact manager Zinedine Zidane hoped for when he convinced President Florentino Perez to pursue his signature.

The Madrid boss wanted a player that could replicate something similar to the type of impact Cristiano Ronaldo had at the Santiago Bernabeu, and landing the former Chelsea star was one of the demands he made to Perez before agreeing to return to the Madrid dugout for a second stint.

While Zidane led Los Blancos to the La Liga title last term, Hazard played no huge role in the triumph, and the team have done pretty well without him.

The 29-year-old has had eight injuries in 16 months since joining Madrid, but Inter reckon his fitness could improve if he joins them.

The Serie A giants won’t be able to pay Hazard the type of wages he earns at Madrid, neither will they offer Perez a juicy offer, so an exit next month doesn’t appear to be on the cards, with the player keen to prove himself for the remainder of 2020-21 and going forward.

The Madrid President isn’t looking to let go of him just at the moment despite the fact that he had reservations about signing him in the first place, but he will reportedly be open to cashing in on him next summer if the winger doesn’t show any signs of improvement.