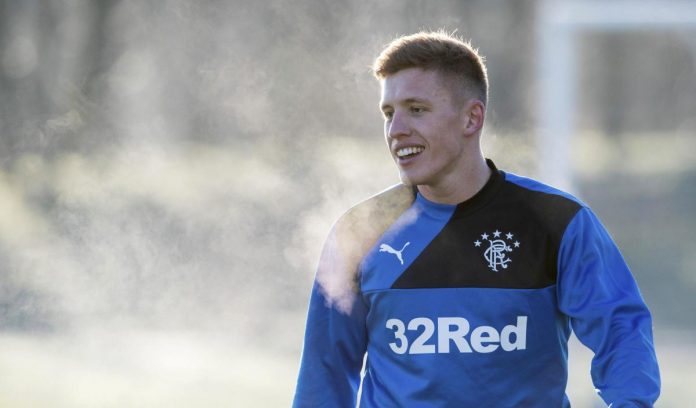 Rangers midfielder Greg Docherty is considering leaving the Ibrox club for Hull City, according to The Daily Record.

It has been reported that Hull – who will play in League One in England next season after getting relegated from the Championship at the end of the past season – are preparing a bid for the 23-year-old midfielder.

The Tigers want to secure the services of the youngster on a permanent deal, and Rangers manager Steven Gerrard is willing to let him go, according to the report, which has added that Hull will make a bid for the Scotsman this week.

The Daily Record has further added that Hibernian in the Scottish Premiership and clubs in England are also interested in Docherty.

Docherty has been on the books of Rangers since 2018, and although he arrived at Ibrox amid hype and expectations, the 23-year-old has failed to make an impact on the team.

The former Scotland Under-21 international has been out on loan at Shrewsbury Town and Hibernian during his time at Rangers so far, and has made a handful of first-team appearances for Steven Gerrard’s team.

It is clear that the midfielder is not going to play much for the first team at Rangers, and a permanent exit does make sense.